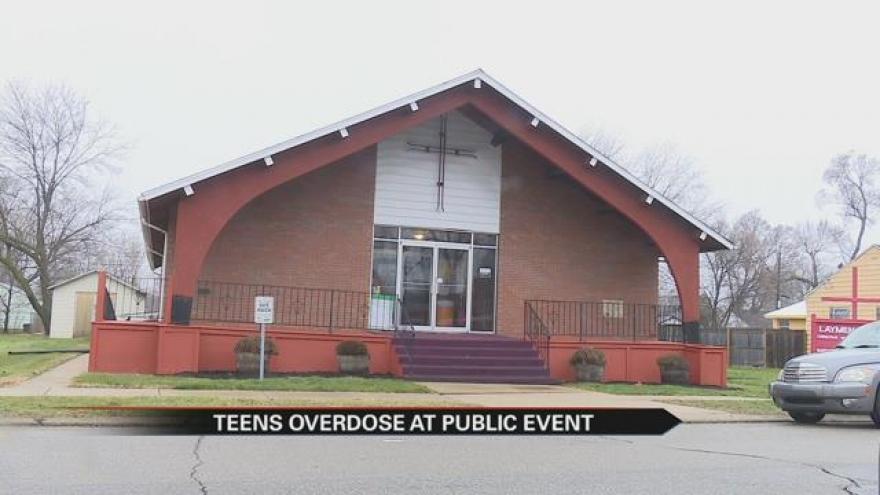 Three South Bend teens had a strong reaction to drugs in front of dozens of people, including the mayor.

Now, police are investigating if it was synthetic marijuana, a substance they haven’t seen much of lately.

It started Sunday evening as a packed house was leaving Laymen Chapel after the Martin Luther King service.

Outside the church, attendees saw three young men seizing in crisis in the neighborhood.

The mayor was one of those witnesses.

Buttigieg and other parishioners gathered around the teens until first responders arrived.

When authorities showed up and saved the young men, they could tell the reaction was caused by drugs.

“They were displaying reactions to something they had ingested,” South Bend Police Lt. Eugene Eyster said.

Investigators are still figuring out exactly what the 14, 15 and 16-year-olds smoked, but they think it could be synthetic marijuana, a very dangerous blend of chemicals.

“You’re talking younger individuals who have absolutely no tolerance to any kind of foreign substance,” Eyster said.

It isn’t just the age of the users that surprised police, it’s possibility that this was synthetic marijuana.

The substance hasn’t been a big problem in the past year, according to Eyster.

“Our special operations section conducted a number of raids at some local establishments that were selling it, and that’s since dropped off,” Eyster said.

After Sunday’s incident however, Eyster says SBPD is looking into if and how this drug got back on the streets.

“It comes to our attention, we do what we have to do,” Eyster said.

The mayor also called for action just after the incident.

He tweeted in part, “...what an awful thing to see, and reminder what we must face together..”

Jackson agrees, and wants all drugs out of his neighborhood.

“It could have easily been a situation where someone saw some young men just laying around, but the people said, 'there’s someone who’s hurting, and we need to help them,'” Jackson said.