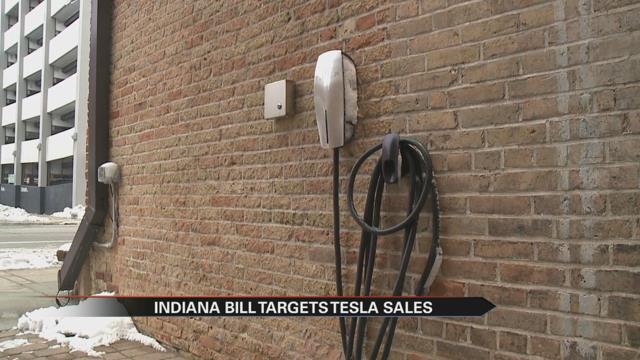 Statehouse interests could pose a threat to South Bend businesses.

Mayor Pete Buttigieg condemned state lawmakers for drafting a bill that could impact the sale of electric cars in the state.

And in light of other controversial laws like RFRA, the mayor is now asking for state legislators to reconsider.

Mayor Buttigieg believes House Bill 1254 is in line with other laws legislators have passed that makes Indiana appear behind the times.

“I don’t know what the intent is but it sends the message that would suggests that Indiana wasn’t ready for the future,” said Mayor Buttigieg.

But beyond perception, the mayor believes this specific proposal could stop the spread of innovation.

House bill 1254 would ban auto manufacturers from selling to consumers if they did not meet dealer licensing requirements.

If passed, the bill would block the direct sale of Tesla vehicles in the state.

“Our legislators are way to susceptible to special interests,” said Mayor Buttigieg.

“I feel it is disingenuous for Tesla to say this is a bill written by General Motors.” Mahan wrote in a statement to ABC 57. “I authored this legislation to create a level playing field for all automobile dealers throughout Indiana.”

This would also impact Tesla’s expanding presence in South Bend.

“There’s a tendency to restrict cities, cities are where a lot of innovation happens and so I don’t know why they find it necessary to tie the hands of the cities so often,” said Mayor Buttigieg.

The brand’s growing niche audience is in line with the local restaurant LaSalle Grill’s dining experience.

The restaurant’s newly installed Tesla charging station has been a draw for business.

“If somebody’s driving through and they want to get a charge, they’ll say ‘well I can go to LaSalle Grill and I can have dinner,’” said McDonald.

“We do some very stupid things in our state and it can be disappointing at times,” he said.