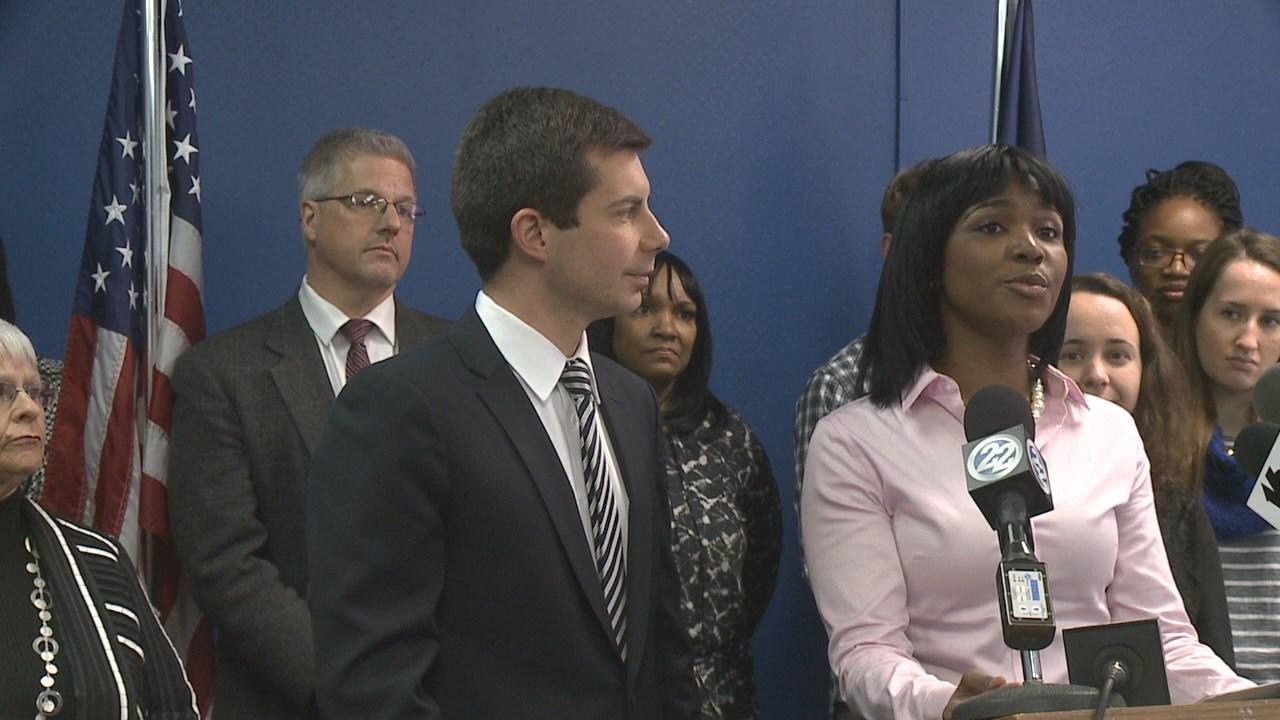 Mayor Pete Buttigieg made his first political endorsement in this year's city elections.

“Too often in recent years we've had a lot of distractions that have taken focus away from the great potential that our community has,” said Mayor Buttigieg. “That's why it's so important in this office to have somebody who is open, who is trustworthy, who is friendly and who is great at bringing people together and that's someone like Kareemah Fowler.”

Fowler announced her candidacy for the position in November.

Voorde will not seek re-election, but will instead run for South Bend's Common Council.

“I've worked in the City Clerk's office for five years and with your support, I will continue to work in that capacity,” said Fowler during the press event.

She had previously worked as a Bureau Clerk and City Council Secretary.

“I've worked very hard in the Clerk's office to make changes with our recording system,” said Fowler. “I think moving forward you're going to see a lot of changes in terms of minutes and everything else.”

Prior to working for the office, she was a compliance officer for nine years.

In between planting signs in his supporter's yards, he told the press he's unbothered by the mayor's endorsement.

He says earning the voters support is his priority.

“The only endorsements I am seeking are the people on these streets in South Bend,” said Dieter

Both candidates say they did not seek the mayor's endorsement and the mayor acted on his own.

Primary Election Day is Tuesday, May 5. Early voting in person at the County-City Building in South Bend starts Monday, April 6.