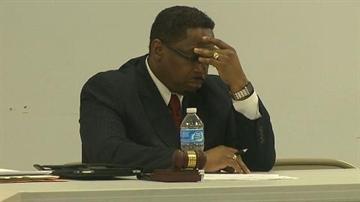 BENTON HARBOR, Mich. – Monday night, city officials mulled over what to do with $200,000 donated to the community by Whirlpool.

The commissioners and Mayor Hightower were unable to come to a consensus.

Several ideas on how to use the money were shared by commissioners.

One idea was to reinvest the money into the community in an attempt to generate jobs.

The kind of impact Hightower is looking for is on the pool at the recreation center.

The money would go toward replacing the lining on the pool, while looking for other funding sources for commissioner ideas; like a student summer work program.

Meanwhile, some commissioners want the public to have a greater say in how the money is spent, and would like to hear from them before making a final decision. “The residents want jobs; they want us to use this money to reinvest it into the community, so it can be recycled,” said Trenton Bowens, a Commissioner for Benton Harbor.

No decision on how to use the money was made Monday night.
Share this article: