Nicole Nelson and her new husband asked the mayor to marry them after they each faced devastating losses. 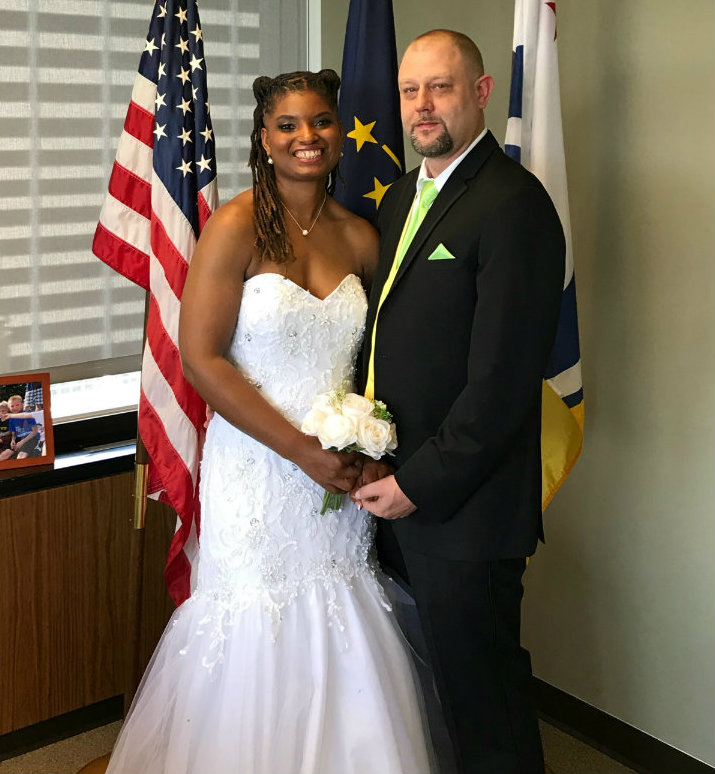 Nelson told ABC 57 that her beau, Dave, and her met in 2008. They began light wedding planning by looking for rings with her future mother-in- law in the fall of 2010.

Dave’s mother unexpectedly died to Multiple Sclerosis, which led Dave to take care of his dad on a daily basis, who suffered from dementia.

After Nelson’s mother died in 2010, the couple knew their love was the real deal.

Dave proposed at the beach, which led them to the decision of their future wedding.

The newlyweds wanted a small ceremony, and soon.

And that’s what they did, asking their political pal to do the honors. 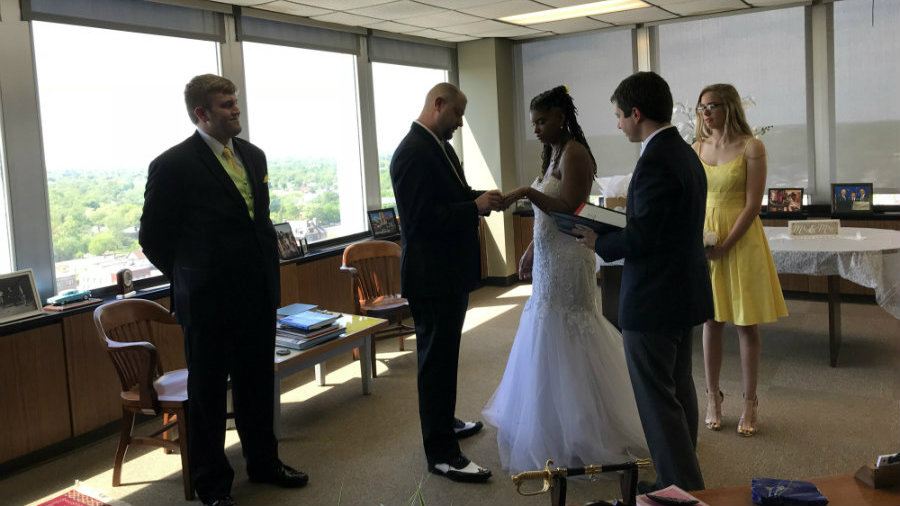