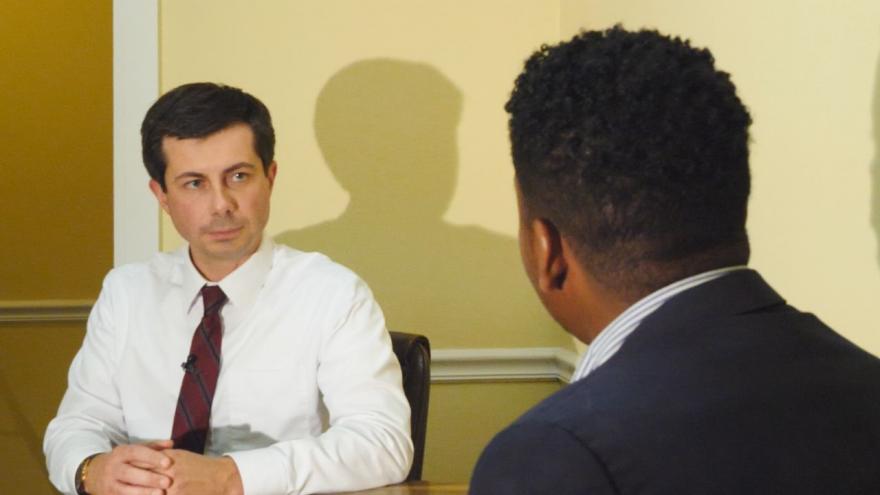 SOUTH BEND, Ind. — with the midterm election behind us, South Bend Mayor Pete Buttigieg says he has some decisions of his own to make very soon.

“Obviously we’re still processing a lot about lessons learned and thinking about the future too,” said Mayor Pete.

What’s next for Hoosier Democrats after a lukewarm election night? And where does Mayor Pete fit in?

“Even though we’ve had some disappointing results in some races including the Indiana U.S. Senate race, the overall direction was that it seems that America wants something very different than what they’re seeing right now,” he said. “It’s clear that there’s a need for new ideas, new voices and I believe a renewed interest in the middle of the country.”

Mayor Pete took that message to Atlanta when he ran for DNC chair a year ago. Since then, he’s been on a nonstop tour around the country telling South Bend’s story.

“We’re seeing job growth and investment in new industries,” he said. “We’re seeing a revival and recovery in our downtown that’s also benefiting our neighborhoods. So we have to keep all of those trends continuing. But there’s another thing we’ve got to continue looking at very seriously and that’s exclusive economic growth.”

Those tasks are keeping Buttigieg in the city for a bit longer and although the midterms are in his rear view, another election is coming into focus.

“So I think within the next month or so I’m going to need to make a decision and announce to the community about whether to seek another term as mayor,” said Mayor Pete. “There is a lot of important work that I want to continue doing but I also know that I can’t be mayor forever. And I think that a lot of the change and the progress in our city is much bigger than one person.”

Buttigieg says some things have changed in his life that could impact his decision to seek reelection. For example, he just got married in June and mentioned at an Illinois Democrats event he headlined two months ago he and his husband Chasten are considering starting a family. He says he could make a decision after the holidays.