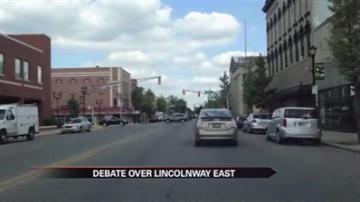 MISHAWAKA, Ind. -- Many Mishawaka residents, including the Mayor, wish the state would take better care of Lincolnway.

The mayor recently sent a letter to residents sharing his frustrations. INDOT says the projects they take on are largely determined by how much state traffic uses the road.

"There are certain roads that have more priority than other roads due to traffic volume that’s not to say that Lincolnway is any less important than any other road, but ultimately we will do the work on Lincolnway that is necessary." Said Matt Deitchley, media spokesperson for INDOT.

One of the main complaints about Lincolnway is that one lane feels wide enough for two cars to drive side by side on. However there is no clear marking on the ground, which causes confusion. INDOT says that is no easy fix. It requires an engineer’s evaluation.

"Some people would think, why don’t you just get a bucket of paint and do it. Well if we do that and part of that lane isn’t as wide as another part it could have catastrophic consequences." explained Deitchley.

Mayor Wood, in his letter, states that he is willing to take on the road but not right now. The city simply cannot afford it in the condition that it is in. However, INDOT says if they relinquish the highway to Mishawaka, they would first make sure most requests are met.