Meaning of Memorial Day can get lost 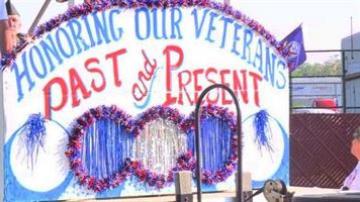 SOUTH BEND, Ind. -- Memorial Day is a day to honor current service members and veterans and remember those who died serving their country. One local Iraq vet shared his story.

Cedric Davis served in both the Marines and the Army.

“Military veteran. I served four years in the United States Marine Corps from 94-98 got out and joined the Army from 2000-2004," said Cedric Davis.

He has the medals to prove it.

“I feel awesome. I did everything I could, followed all the orders that I had to follow," said Davis.

He has permanent scars.

“My first injury was a broken wrist, then after that I went quite a while and we encountered a direct hit and IED," said Davis.

“In the midst of everything else that goes on in our society I think it’s easy to lose the significance of this day," said Aaron Burdin.

Davis encourages others to learn more about the men and women who have served our country.

“Embrace. Understand. Instead of being scared in doubt or speculate what’s going on, take the time to sit down and find out about a veteran or service member," said Davis.