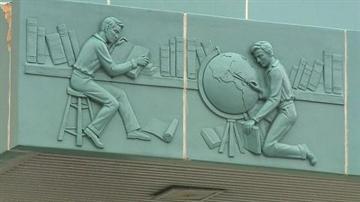 BENTON HARBOR, Mich. – Standardized test scores for the Michigan Educational Assessment Program have been released, and as was predicted the numbers of students qualifying as proficient dropped.

Previously, students only had to correctly answer 39 percent of the questions on a given test to be considered proficient.

This year a new cutoff score was introduced making it more difficult to achieve a proficient status.

Students now have to answer at least 65 percent of the questions on a given test correctly to earn that status.

That was a hurdle that most Benton Harbor Area School district students could not get past.

When asked why students are struggling so much with science, superintendent Leonard Seawood made no excuses. “We just don’t have a strong science component in our curriculum,” said Seawood.

However, Seawood pointed out his students were excelling in other areas; especially in reading. “We know and understand that that’s the foundation,” said Seawood. “Students have to be able to read. Without being able to read, writing and science and math; that’s all a loss.”

After instituting a balanced literacy initiative last summer, many students showed marked improvement according to Seawood.

That improvement is reflected in MEAP scores. Scores for sixth, seventh, and eighth grade reading increased over previous years scores, even under the new tougher system.

Still, the district has a long way to go. The highest percentage of student proficiency in any category from third grade through ninth grade is 34.3 percent; for fourth grade reading.

The state average for fourth grade reading is 67.7 percent.

Statewide students are struggling with science. The percentage of students proficient in fifth grade level science is 15.3; at the eighth grade level it is 16.5 percent.

At Benton Harbor Area Schools, those percentages are zero and 0.6 respectively.

Less than a third of both sixth and ninth grade students in the state are proficient in social studies. At Benton Harbor Area Schools, those numbers are 4 and 0.6 percent respectively.