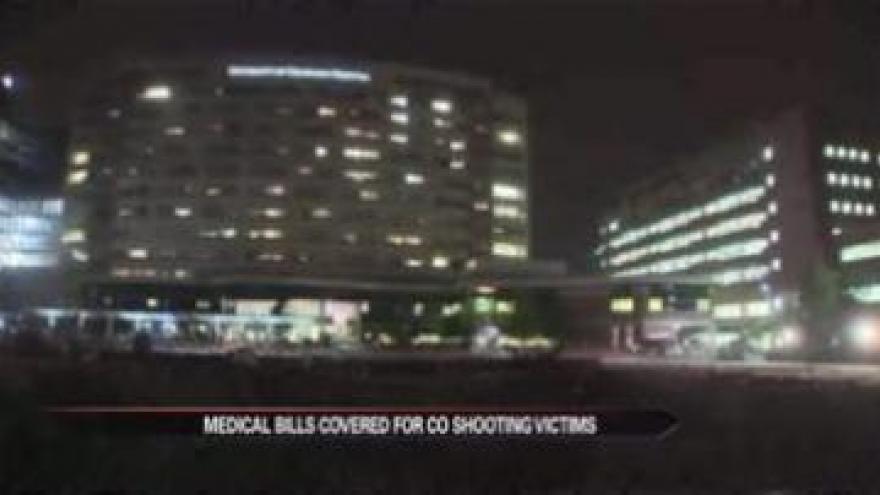 AURORA, Colo. -- Victims of the Aurora movie theater shooting in July are getting a break with their medical bills.

Many victims were concerned with the mounting medical bills.

One woman who spent a month at the University of Colorado hospital said she almost considered stopping her treatment because she simply could no longer afford it.

The hospitals and doctors are working together to waive the bills for victims who are still recovering from their injuries.

Some offered private donations to keep the victims having to pay those bills. And some physicians just did not even charge their patients.

"I think we all felt that especially for the uninsured, that this is the last thing they need to be dealing with, trying to deal with billing and everything else," Burt Katubig, a trauma surgeon at Swedish Medical Center, said.

The patients have said they do not know if they will ever be whole again. But not having those huge medical bills is a step in the right direction.