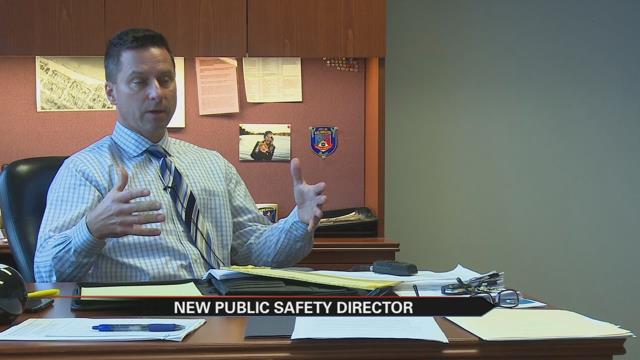 The city of St. Joe, MI has its first new director of public safety in 15 years.

“Everyone has been very warm, very receptive,” Brian Uridge, the new director, said.

Uridge is the new leader of St. Joe’s Department of Public Safety, but he’s not new to law enforcement.

“I did 23 years with the Kalamazoo Department of Public Safety,” Uridge said. “And they’re one of the largest, fully-integrated police, fire, and medical EMS departments in the United States. And I did a few years of security after that, and then when this came open, I jumped into this.”

The top safety job in St. Joe opened up when longtime director Mark Clapp retired in April after 15 years at the helm.

Hodgson said Uridge will help continue that transition with his experience from Kalamazoo.

Uridge will oversee 18 public safety officers, six firefighters, and some reserves and volunteers.

He said community policing is priority, as he tries to respond to the ongoing national conversation about policing in America.

Uridge said you’ll see a lot more foot patrols in St. Joe, as well as what he calls ‘non-traditional contact’ – meaning he and his team will interact more with the community.

“In order for the community to trust you, they gotta get to know you, which means I gotta be up from behind this desk,” Uridge said.

Uridge has been on the job for about two weeks, and though things are quieter in St. Joe during the winter months, Hodgson said he and Uridge are busy prepping for next summer.

And if you didn’t know, one of the benefits of having a department of public safety in your community is that on-duty officers are also trained to fight fires, so residents benefit from some extra manpower when firefighters are called.