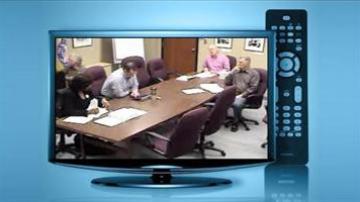 SOUTH BEND, Ind. -- ABC57 set out to find out whether or not the police chief is eliminating bike and foot patrols in downtown South Bend. After requesting video of a budget meeting where it was discussed, ABC57 learned the patrols are going away - at least in the form we see them now.

There has been some disagreement between the common council and the administration over what was actually said during a budget meeting when this issue was first discussed.

Last Tuesday, the Common Council Personnel and Finance Committee met with City Controller Mark Neal and members of the police department, including the police chief, to get answers about the department's 2014 budget proposal.

Council President Derek Dieter later said Police Chief Ron Teachman told them during the meeting he was going to eliminate the downtown patrols.

But Mayor Buttigieg said Dieter must have misunderstood Teachman.

So Friday, we filed a Freedom of Information Act request to get to the video recording of the meeting so we could report what really happened.

We obtained that video Monday.

Varner: I don't have any questions at the moment. Mr. Dieter?
Dieter: Yeah, I got several of them."

One of the questions Dieter had dealt with the reduction of $153,000 in overtime pay for downtown foot patrols.

Dieter: How will that affect what staffing will be downtown patrols?

Teachman: We'll have to cover the downtown issues with regular squad car patrols and other walking beats if we have the police available.

Dieter asked him again if that meant the foot and bike patrols would be eliminated.

Teachman: If we have the money for additional patrols, we have extra people working on their regular shifts; we'll allocate those people according to the crime data that we have received and that you know put the cops on [unintelligible]. If there is a crime problem, or quality of life problem downtown, that's a priority; we'll address it.

Teachman wants to use overtime officers in areas where he feels the community needs them.

Teachman: We also have serious violent felony crimes in other parts of the city that we don't put bike or patrols and walking beats and such. And we really should be allocating our resources where the crime is driving.

But Dieter doesn't think giving up on policing the downtown is the best idea; fearing that once the police presence is gone crime will return.

But if it does, Teachman says he will allocate resources back downtown.

The police substation downtown is also going away. Teachman told the common council that funding for the substation was being cut from the budget.

Teachman said the department would save $12,000 on rent and electricity by leaving the downtown storefront.

He says he got a negative impression of the substation when he was interviewing for the job.

"I looked across the street and saw a substation. I said, 'Oh, wonderful.' And I walked up and it was locked and it's darkness. Whole days going to go by and it's locked and darkness. Giving the wrong impression, to the downtown community we're not here, we're not paying attention," said Teachman.