Memorial dedicated to 10-year-old student who died while camping 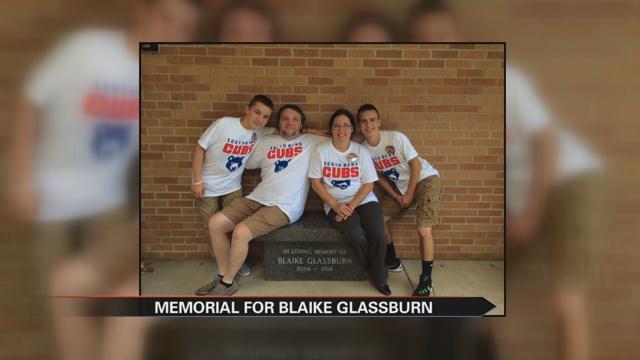 Teachers, students, community members and the family of Blaike Glassburn were all at Twin Branch Elementary School Friday to dedicate a memorial to him.

10-year-old Blaike Glassburn was killed by a tree limb while he and his family were camping at Indiana Beach in June.

“I’ve talked to several students and they truly do miss him and his smile and being around him. But they’re looking forward to today and just having a chance to remember him and everything that he means to them,” said Shelley Brandenburg, Principal at Twin Branch Elementary School.

Now the staff and student body at Twin Branch arranged for a memorial bench to keep his memory alive.

“We chose the bench because Blaike, one he liked to sit on the benches out by our front doors here and we just thought that it would be something that everyone will remember because you know Blaike liked that,” said Brandenburg.

And a former classmate and friend of Blaike’s remembers him personally.

“I was thinking, he’s gonna be in my class next year and it’s gonna be one of the best years.. grades I’ve ever had. Sadly that didn’t happen. We know he’s in all of our hearts and when I think about Blaike, I always think about his smile,” said Adam Picking, a close friend of Blaike’s.

The bench is at the entrance of the school where Blaike’s classmates can sit and remember him.