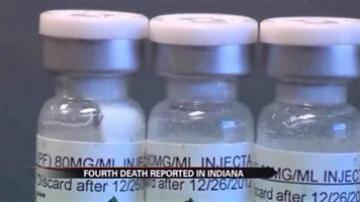 INDIANA -- Monday, the State Health Department confirmed four people in Indiana have died from the fungal meningitis outbreak and there are 51 cases of the disease.

Officials would not say where the fourth death happened.

The state said five other Indiana clinics gave out the tainted medication including a South Bend clinic.

Here are the latest numbers from the Centers for Disease Control. There are now 419 nationwide cases and 30 deaths.

The state of Michigan has 119 cases, the most of any state, and seven deaths.