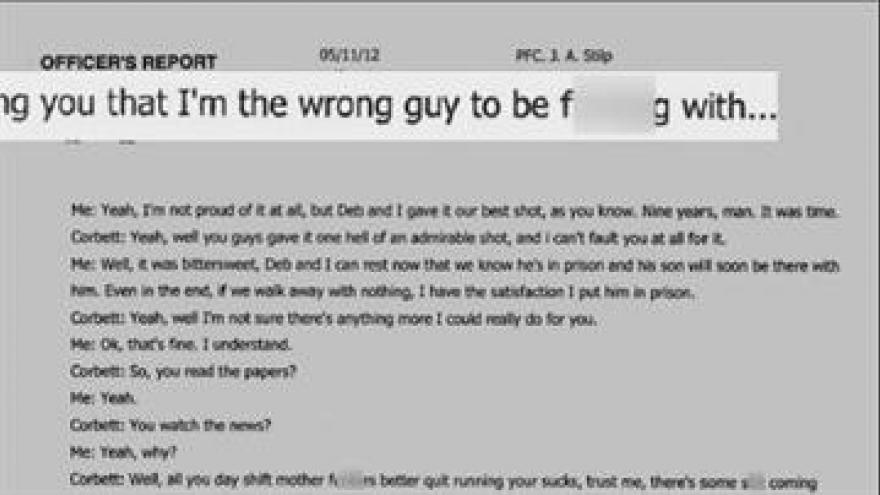 SOUTH BEND, Ind. - One last look; that's what Executive Board members of the County Metro Homicide Unit are taking this weekend.

They are mulling over the results of an investigation into whether the head of the homicide unit, Tim Corbett, threatened South Bend police officer Jack Stilp earlier this year.

This morning, board members received the confidential results and some members requested time to review the documents.

The board agreed to reconvene on Wednesday at 9 a.m. to make a decision about what to do, if anything.

The telephone conversation with Stilp allegedly occurred after Stilp was vocal in his support of former Police Chief Darryl Boykins, and for the release of recordings made at the department.

According to a notice of tort claim against the City of South Bend, those recordings may contain statements made by Corbett.

According to former Director of Communications for the Police Department, Karen DePaepe, the recordings include unethical, racial and possibly criminal content.