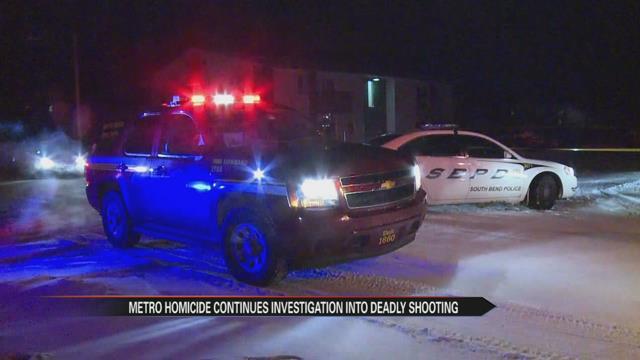 The victim of the South Bend shooting was 34-year-old Brandon C. Williams.

Police say he was shot at least once at Anderson Apartments early Monday evening.

Williams was pronounced dead at the scene.

Almost a full day after the crime was committed, no suspects have been arrested.

It’s the second homicide in South Bend in just a few days.

Sheree Anderson was an acquaintance of the victim and lives in the building where the crime occurred.

She describes the sound of gunshots in her apartment building Monday as a series of clacks.

Tuesday, the investigation continued as police looked for details about the previous evening’s murder.

“It could’ve been me. It really could have been me,” Anderson said.

Anderson and her neighbors say they have warm memories of Williams.

Christopher Hunt also lives in the apartment complex, and says he was very fond of Williams.

“He went to school. He got a kid. He works on cars. He stayed to himself,” Hunt said.

Neighbors say Williams was a reliable mechanic who lived next to Anderson Apartments.

“Anytime you’d need to call him, he would come and work on your car right then and there,” Hunt said.

Now, with no arrests made yet in the case, neighbors continue to feel concerned, and police continue to look for evidence.

“I hope they catch the person, fast,” Anderson said.

According to investigators, an autopsy will be performed Wednesday.