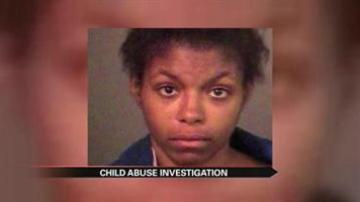 SOUTH BEND, Ind.-- Metro Homicide is investigating after an 11-month-old was taken to the hospital in critical condition.

Neighbors said they saw the baby's mother get arrested and she is booked in the St. Joseph County Jail for multiple felony charges including battery.

11-month-old Micah Richardson was rushed to the hospital after police and first responders were called to the 100 block of Sadie Street on Saturday night.

Nyesha Crockett has been arrested in connection to the case and Metro Homicide is holding a media press conference on Monday night at 8:30 p.m.

A mom in the neighborhood said she hopes that the infant will pull through.

Liliana Islas said, “We heard him crying a lot but as a neighbor you can’t go over and ask them, I mean he could have been crying for another reason?"

Neighbors said the baby and Crockett were staying at a relative's home on their street.

Islas said her son would play outside with baby Micah and she's shocked that this is turning into a potential neglect investigation.