Michiana families gather to remember children who have passed away 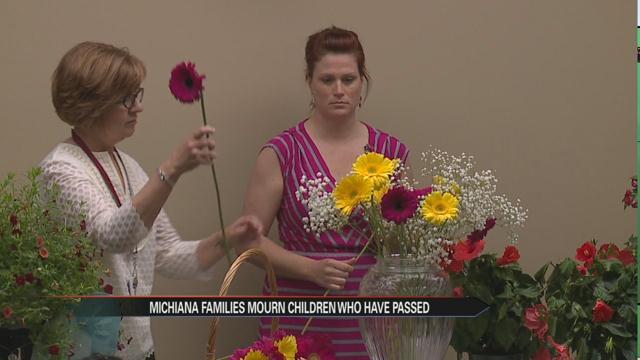 Many families across Michiana endure the pain of losing a child. Memorial Hospital held a special memorial service for children who have passed.

Both family members and hospital employees were in attendance.

Lyle and Jen Unger lost their triplets all within a week of each other.

“Lyle III was born first and then Liam was born and then Kenneth,” Jen said.

“We had an appointment to go meet with the funeral director, and came back, and Liam passed away the following morning. We had to call him again,” Lyle said.

But the memories of their days with the babies are precious.

“We had them for three days, six days and 11 days. So we're just here to remember them and all the other children and babies that were lost,” Jen said.

They are thankful to hospital staff for giving them those days with their children.

“Without these folks here we wouldn't have had any time with them,” Lyle said.

One favorite memory is Jen reading Kenneth a book about monkeys.

“I got to hold him while he was passing, and I got to read him a book. His nickname was ‘the monkey,'” Jen said.

The Ungers worked tirelessly to document their time with their children.

“We took videos of everything. We saved the little temperature probe when I got to take one of their temperatures. It's something that other people take for granted, and that's all we have,” Jen said.

But for the Ungers, it wasn't about how many memories they created, but that they had the opportunity to create them.

“Even though it was only three, six and 11 days, it means the world to us. W got to bond with them and hold them,” Jen said.

The Ungers say they hope to have more children in the future, and will incorporate Liam, Lyle and Kenneth's names into their names.
Share this article: