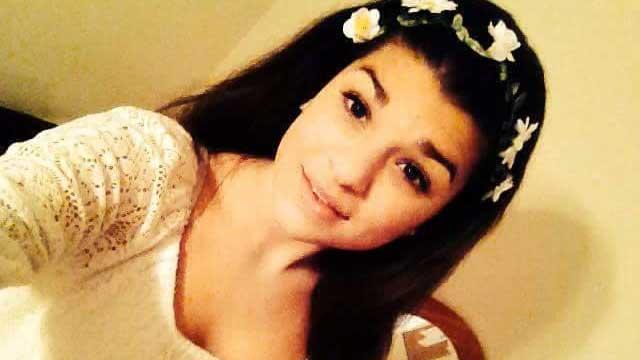 Fifteen-year-old Emma Al-Amouri, of Edwardsburg, Michigan was walking with her best friend Brittany two weeks ago when she felt what she thought was a headache.

“She just said that she had a really bad headache. The next thing I know, I look over and she had fallen on the ground,” Brittany Backus said.

Her own stepfather – an EMT, had to perform CPR on her.

“She was my daughter. Nothing can and nothing will ever prepare someone for what I had to do,” Kevin Connors Jr., Emma's stepfather said.

She died in an Indianapolis hospital two days later.

“Everyone was in shock. They couldn't believe it was happening to Emma,” Backus said.

But Emma's story wasn't over. She had a very rare blood type, and through blood and organ donations, Emma has already helped save 83 strangers.

“They were able to find somebody for all of the major organs within about two hours,” Connors said.

They're thousands of dollars in debt, with medical and funeral bills.

So they're holding a fundraiser Monday at Lunkers in Edwardsburg.

There will be a car wash in the parking lot from 11 a.m. to 7 p.m. and at the restaurant, waiters are donating proceeds from their tips to the family.

“We're not looking to make anything on it, just a little bit of help,” Connors said.

Emma's family and friends say she gave so much to so many not only after her death, but during her life as well.

The family and friends are organizing other fundraisers including a spaghetti dinner on June 13, at 4 p.m. at the Edwardsburg Fire Dept.