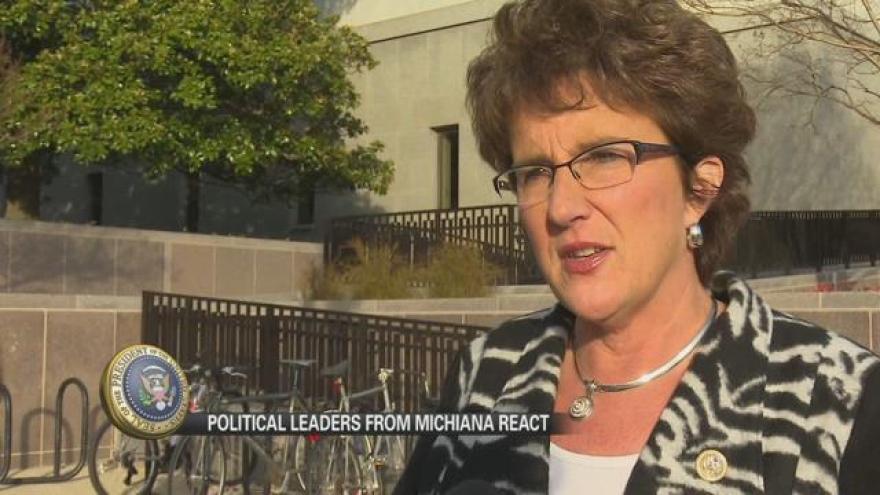 Vice President Pence is not the only Indiana or Michiana political leader in Washington DC the weekend of the inauguration.

Across party lines, the people representing you at home tell ABC57 News that this weekend is about a peaceful transition of power and they’re hopeful.

“To have everyone here for the Inauguration and to be part of this is a wonderful, wonderful thing,” said United States Senator Joe Donnelly. Donnelly is from Indiana and serves as a member of the Democratic Party.

“This is what you call a political revolution and the American people spoke,” said U.S Representative Jackie Walorski for Indiana’s 2nd congressional district.

Michiana’s leaders are in Washington. Congresswoman Jackie Walorski telling me Thursday what a Trump-Pence inauguration and presidency means to her.

“I think it’s awe-inspiring. I’ll tell you right now, I’ll get teary eyed tomorrow. When you look at a sea of people, our fellow Americans, that just did this, and for them to come here and say that every vote counts, every American life is worth it. And there is no country like ours,” said Walorski.

Democratic Senator Joe Donnelly hosted more than 300 Hoosiers at an event Thursday explaining why he’s in DC on Inauguration weekend when so many in his party are sitting this one out.

And Congressman Fred Upton gathered with his constituency, hoping the new face of his party will inspire a new chapter of democracy.

“He has to govern. The country comes first and I’d like to think we’re gonna see a lot of bipartisan resolve on these things,” said Upton.

While Congressman Upton was not as enthusiastic about the new administration as Congresswoman Walorski, both say they feel President Trump will follow through with his agenda he campaigned on and surround himself with a variety of voices.