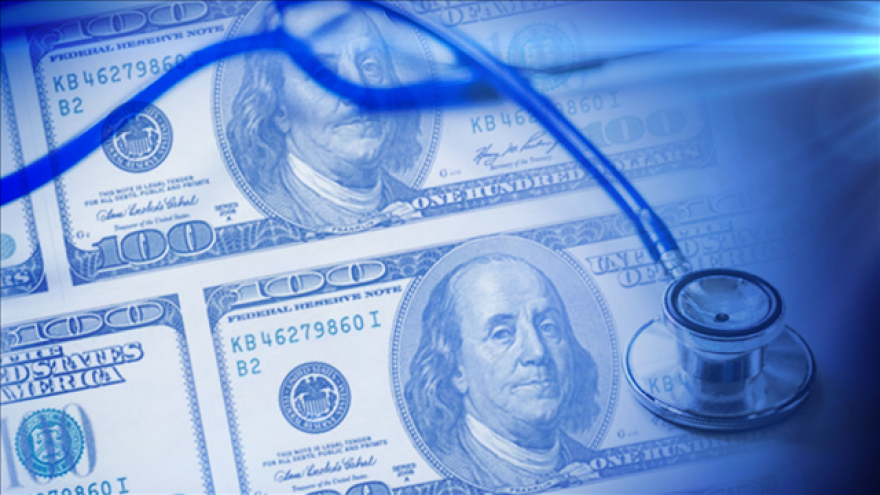 The CBO, a non-partisan office that analyzes the cost of proposed legislation, released their estimate for government savings and the impact on number of Americans insured as a result of the proposed healthcare bill.

CBO and the staff of the Joint Committee on Taxation (JCT) estimate that enacting the legislation—which would repeal or modify many provisions of the Affordable Care Act—would reduce federal deficits by $337 billion over the coming decade.

CBO and JCT estimate that in 2018, 14 million more people would be uninsured under the legislation than under current law. Later, after additional changes to subsidies for insurance purchased in the nongroup market and to the Medicaid program took effect, the increase in the number of uninsured people would rise to 21 million in 2020 and then to 24 million in 2026.

In response to the analysis, Indiana Representative Jackie Walorski released a statement saying

"Obamacare forced millions of Americans into one-size-fits-all plans they can’t afford, while our bill gives people the freedom to choose plans in a competitive market. It’s no surprise the CBO predicts fewer people will purchase health insurance once they are no longer forced to do so."

"The American Health Care Act – along with additional administrative and legislative measures – will lower costs, increase choices, stabilize markets, and protect patients. The CBO report confirms that the reforms in this bill will lower premiums in the long term, provide individuals and families with relief from Obamacare’s taxes and mandates, and save taxpayers more than $330 billion."

"President Trump made a promise that ‘everyone would be covered’ and ‘no one would be worse off’ under his plan. We now know that the President has broken his word. Under Trumpcare, 24 million Americans will lose their insurance and millions more will be forced to pay higher premiums for less coverage, all to give the 400 wealthiest Americans a new $7 million tax break each year."

“Trumpcare guts Medicaid, weakens Medicare, and creates an ‘age tax’ for older Americans. For those 50 to 64 years old, the price of health care and prescription drug prices will skyrocket. Under Trumpcare, health care costs will continue to rise— states, local hospitals and insured Americans will all pay for more uncompensated care for the uninsured."