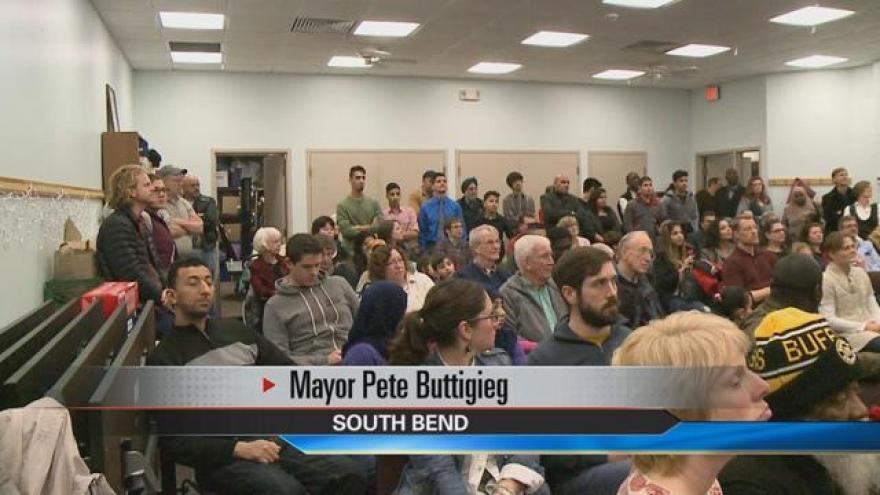 Laughs, tears and powerful stories were shared Sunday afternoon in South Bend. For the first time, Michiana families, alongside United Religious Community, hosted the “Refugees Thank Michiana” event. Local organizers say the refugees felt it was necessary to let their community know they were grateful.

180 people came to hear from Mayor Pete Buttigieg and three refugees. Right now, there isn’t a program for refugees in South Bend, which is what the community is working on changing.

“There’s not an entity right now in St. Joseph County that is resettling families that don’t have a local tie,” said John Pinter, the Acting Director for United Religious Community.

Pinter says St. Joe County used to have refugee resettlement agencies back in 2006, but in order for the city to establish a program for refugees there has to be community interest, will and determination.

“I hope so within the next year or two that will be approved. I think that would start small maybe somewhere around 70 folks in a year,” said Pinter.

Pinter says with the state’s refugee law and recent refugee disputes it's a great time to create a program. “The number of refugees that are going to enter the US will go up. The number last year was about 70,000. It’s been approved to 110,000,” he said.

Three individuals shared their stories with tears, laughs and powerful messages, but one man in particular says his country gave him 24 hours to leave or they would kill him and his family. “The way they came to my house, I wish I don’t remember this again because it’s very dark,” said Rafed Alsaad an Iraqi refugee.

Alsaad went from Baghdad to Syria. Then in 2012, he and his family were approved as refugees. “The first time I arrived at the Chicago airport I felt like this is my birthday. I just hugged my wife, I just hugged my kids,” he said.

Alsaad says the first day in America is always the challenge, but also a time to recognize a purpose “We are in America right now, we need to promise ourselves. We need to get our dreams because now it’s like a new life.

Alsaad confessed he still lives in worry because other family members are still in Baghdad. He says if he could he would go back and try to make a difference.

In the last couple of years South Bend has had about 25 refugees, according to Pinter. If the city builds a program, that number could easily double.