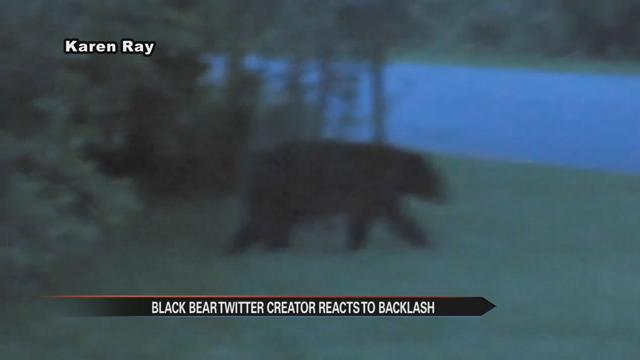 The DNR is saying they didn't have a choice. They say the bear was a threat to public safety.

Michiana is now voicing their opinions, many outraged that a bear spotted on the loose in southwest Michigan and northern Indiana over the past year has been euthanized.

"It was a little devastating. I'm not going to lie," says Brian Villwock from Buchanan, Michigan.

About a year ago, Villwock started the parody Twitter handle 'Berrien County Bear.'

"I was a little let down. Somebody actually reached out to me through the Twitter account and messaged me with a link to the story that he had been euthanized. Obviously I’m not connected to the bear but going through everything with that is a bummer to hear about that happening," says Villwock.

Brian said there has been incredible reaction on his twitter feed since he found out the bear had been euthanized.

Mark Sargent of the Michigan DNR said it was in the public’s best interest to euthanize the roaming bear.

"I know some people think we should have transferred or relocated the bear to the north. Our belief is that moving a human safety issue from one place to another," said Sargent.

"I don’t know what happened. The way I hear it - the way the bear was caught alive - it seems that would have been an option. The bear is a dangerous animal and was getting comfortable around humans - I can understand why they did it but I can’t help to think it could have been relocated," said Villwock.

Villwock says the he will leave the Twitter account up, but said it wouldn't be right to post things now that the bear has been euthanized. He expects visitors and followers to comment as long as this story is trending.