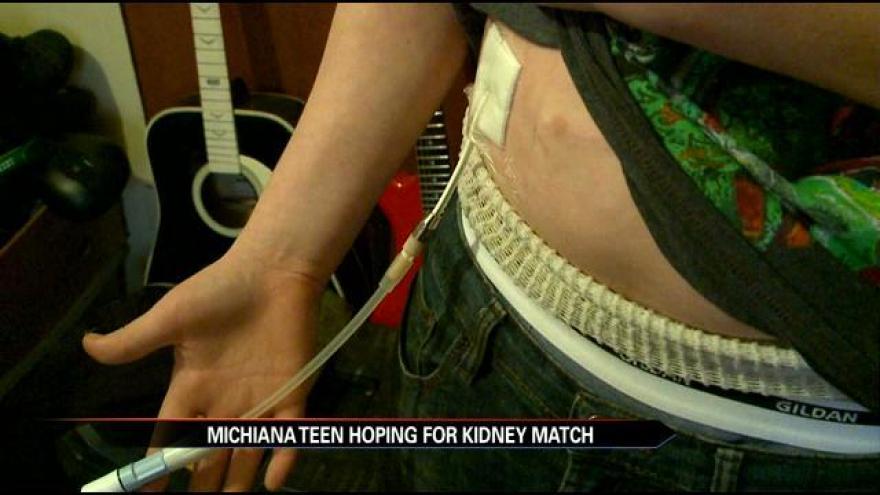 Kidney failure is a silent disease that you could have it and not even know it.

That was the case for Riley who is now in stage 5 kidney failure.

His mother Tabitha Novak has become a supermom of sorts, going above and beyond to make sure Riley's body continues to function.

He started dialysis last year and his mother constantly changes out his fluid bags and tubing to prevent infection from occurring.

He's been through a lot.

"Last year when we got his dialysis started at first it wasn't working for us, we had to stop it because it started leaking out of his belly button. One time the tubing came out and he had to be rushed to the hospital," Novak said.

Her bedroom is filled with boxes that are stacked high full of supplies so she can care for her son.

Riley has to take a handful of pills a day and has to be very careful with his diet.

"He doesn't like to take the one with the B-vitamin complex because he said it tastes so funny when he takes it."

Riley found out he had kidney failure four years ago after getting very sick and having to go to the hospital.

He was hospitalized for severe dehydration and a series of tests later, the doctors learned his kidneys were too small for his body.

"I always thought he was just small, I called him my 'Little Peanut' but now we know that's why he was not growing like he was supposed to," said Riley's mother.

Since being diagnosed, life drastically changed for their family.

Riley said he gets tired very easy and cannot run and swim with his friends like he would otherwise.

He said going to the doctor is very exhausting and getting blood drawn also makes him dizzy.

“Last time I was at the doctor, they took 26 tubes of blood out of me,” said Riley.

As of last Thursday, he is now a candidate to be put on the waiting list for a donor kidney.

He has received a lot of family support through all of this and some of them are wanting to be tested to see if they can be his donor.

However, the process for donating a kidney is complicated and requires a lot of testing.

The kidney donation for Riley has to be a perfect match, otherwise Riley's body may reject the new kidney.

Tabitha and Riley are both hopeful they will find a donor to give him the gift of life.

“We are trying to stay strong, be positive, and have faith,” she said.

Riley said he would be thankful to be healthy again and looks forward to a normal life.

"I want to grow up, have kids and have a family one day," said now 16 year-old Riley.

To learn more about Riley and his story, click here for the Hope for Riley Facebook page.