Michiana women learn to protect and defend themselves with martial arts 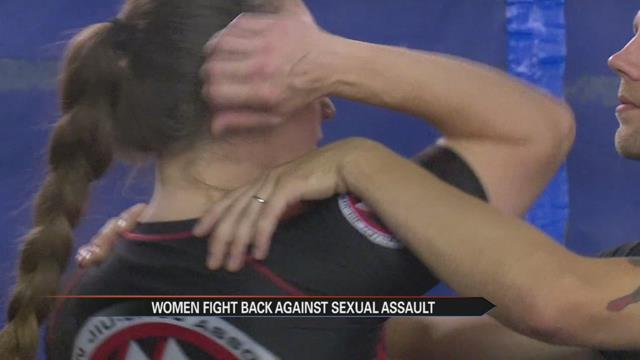 Julia Listello was sexually assaulted just after she graduated college.  Although it has been years since her attack, she always has had in the back of her mind, "what if it happened again?"

She's one of the many female students of Joseph Alexander, the head coach of Alexander MMA.  The program is a part of Steve's Gym in Elkhart, and draws in many, searching for ways to defend themselves.

On Saturday, a women's self-defense seminar was held.  The all- female class learned different techniques to use in the event they were ever to be attacked or assaulted.

To Alexander, this idea was a no-brainer. "I didn't really have to think of it," he says. "If you watch what's going on, you're seeing lots of abductions of women, a lot of women being abused."

He wanted to give back to the community.  Alexander is a former felon who was in jail for armed robbery.  When he was released in 1999, he knew he had to make a change.  He found martial arts.

His past allows for a unique class. "Me being an ex-criminal, I kind of give them a criminal insight on the way they think. If we know how they think, we can control how they act," he says.

Listello says she's learned a lot, and hopes that other women and girls - including her 11-year-old daughter, take advantage of this and learn.

"I never want her to have to use it," Listello says. "But it's just the knowledge she knows how to defend herself. and knows how to stand up for herself."

Alexander says the first step of learning to defend yourself, is coming in and learning.