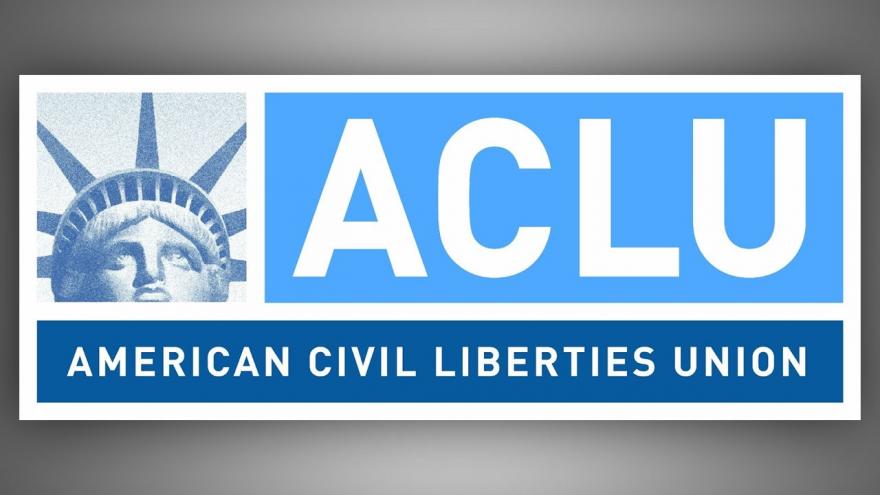 (CNN) -- The Michigan ACLU filed a lawsuit in federal court Wednesday on behalf of two same-sex couples who allege discrimination when they sought to foster and adopt children.

The lawsuit against the Michigan Department of Health and Human Services argues that state-contracted, taxpayer-funded child placement agencies unconstitutionally discriminate by categorically disqualifying same-sex couples from consideration for the programs based on the organizations' religious beliefs.

Gov. Rick Snyder signed the bill into law in June of 2015. His office did not immediately respond to CNN for comment.

Michigan contracts out much of its child welfare services to private agencies. There are 108 child-placement agencies contracted by the state, many of which are faith-based, non-profit organizations.

In Michigan, there are nearly 13,000 children in foster care and 300 children awaiting adoptive families, according to Michigan Department of Health & Human Services.

The ACLU argues in the complaint that it's a disservice to the large population of children in need of placement to deny them prospectively good care based solely on sexuality of prospective parents.

"Each time a prospective parent who is able to provide a loving and caring family for a child is turned away by a child placing agency because of a religious objection to their sexual orientation (or any other religious objection), the pool of families available for the children in the child welfare system diminishes, reducing children's options for an appropriate placement, or any placement at all," the complaint says.

Married Michigan residents Erin and Rebecca Busk-Sutton were recently denied by Bethany Christian Services. The doctor and tutor pair were told by a representative "same-sex couples aren't our expertise," and she "didn't think they would have a good experience" with Bethany, the complaint alleges.

In March of this year the Bethany Christian Services told another married same-sex couple, Kristy and Dana Dumont, the same thing, according to the suit. Before that in July 2016, the college adviser and state environmental worker allege in the complaint, St. Vincent's Catholic Charities told them "the agency does not work with same-sex couples."

At a hearing for House Bill 4189 back in February 2015, Jose Carrera, director of clinical services for St. Vincent Catholic Charities in Lansing, argued that certain situations would be "a conflict of interest for the organization."

"When somebody calls in with interest to become a foster parent or adoptive parent ... if they let us know they're unmarried, or if they're gay or lesbian, we immediately recommend, make a referral to another agency ... for other agencies that provide that service," Carrera said.

The Michigan Catholic Conference released a statement in response to the ACLU filing, calling the lawsuit "mean-spirited, divisive and intolerant" and "a campaign to disparage Michigan's efforts to ensure diversity in child placement."

"We're not suing the agencies, we're not challenging private adoptions, we're suing the state for allowing this practice acting as agents of our state government. We wouldn't allow the state government to say, 'You can't adopt because we have this religious belief.'" Kaplan said.

Meanwhile, nine other states and the District of Columbia have recently passed legislation prohibiting state foster and adoption programs from discriminating based on sexual orientation. Those are California, Maryland, Massachusetts, Nebraska, New Jersey, New York, Oregon, Rhode Island and Wisconsin.