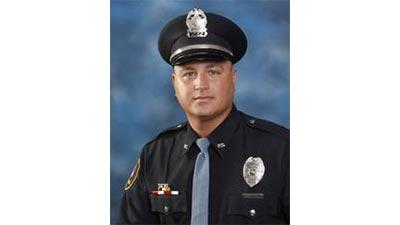 A Michigan City Police officer was arrested by the Indiana State Police Tuesday on two counts of official misconduct and possession of a legend drug without a prescription.

On July 28, Chief Mark Swistek of the Michigan City Police Department learned of possible misconduct by one of the department’s officers and contacted the LaPorte County Prosecutor’s Office and Indiana State Police Criminal Investigation Division.

As a result of the investigation, Officer Robert J. Grant, 37, was arrested Tuesday and later released on $755 cash bond.

Grant has been with the department 12 years.

Grant has been placed on administrative suspension which is 5 days without pay, the maximum allowed by Michigan City Department Policy.

Grant is currently under internal investigation and Chief Swistek has requested a hearing before their commission within 72 hours recommending termination.

Chief Swistek stated “As Chief of the Michigan City Police Department I am extremely sadden and disappointed by the fact that a member of our law enforcement agency would act in a manner that has damaged the public trust and integrity of this department that we have all worked so hard for each and every day. Law Enforcement Officers are held to a much higher standard than any other profession and those who choose to violate the laws that we are sworn to uphold shall be held accountable for their actions. Therefore, we requested the assistance of the Indiana State Police to investigate Officer Robert Grant for his actions. All of us need to reflect on the public trust that is bestowed upon us as professional law enforcement officers as we continue to serve this community and department.”