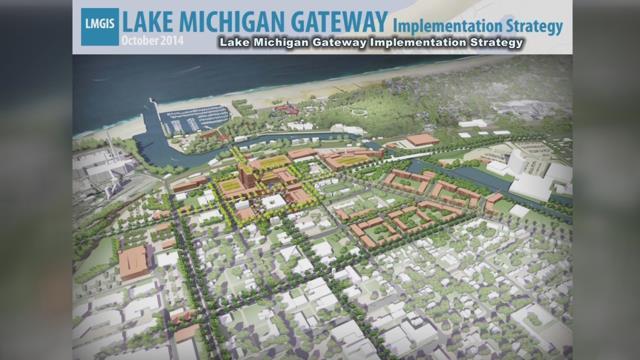 Michigan City’s plan to beat out other regional cities as the best lake front destination in the area is winning a big award.

The goal is to draw in visitors from the Chicago area to provide millions in revenue, year-round.

The city implemented a 3 to 5 year action agenda strategy last year to grow the visitor economy and improve the city’s overall quality of life.

Michigan City has been named a 2015 Indiana Association of Cities and Towns achievement award winner under the leadership of Mayor Ron Meer,

Michigan City is going for a full revitalization.

But under the new implementation strategy, the golden triangle would be replaced by the golden diamond which would bring the downtown area into the mix and make the study area more attractive to visitors in town for the day or a weekend.

The city’s investing $22-million in the strategy and the pay off could be huge:  $15 million dollars in new property tax revenue and nearly 3500 new jobs.

Mayor Meer says the whole goal of this strategy is to create an atmosphere that emphasizes job creation and a better and safer community.

“We’ve got great momentum and we’re only in the middle of this strategic plan and this action agenda we have so over the next three years there’s much more work to do in fulfilling the implementation of this gateway strategy if everything in that happens there is going to be hundreds possibly thousands of jobs created,” says Mayor Meer.

Now some of the attractions that you can look forward to if you plan on seeing the new developments in Michigan City range from entertainment complexes that could include hotels, water parks and theaters, to new year round nature oriented attractions that would be built at Washington Park.