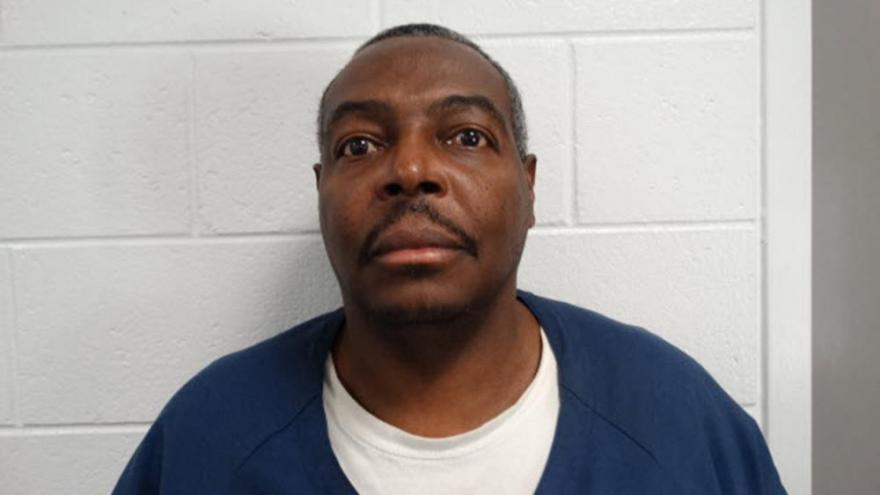 This 2018 photo made available by the Michigan Department of Corrections shows William Garrison. Garrison, who declined to be paroled earlier in 2020 after decades behind bars, died on Monday, April 13, 2020 from Covid-19 complications, officials said.

(CNN) -- A Michigan inmate who spent 44 years in prison died from Covid-19 just weeks before he was to be released on parole, the state's department of corrections said.

William Garrison, who died at age 60 last week, was serving time for first-degree murder after a shooting during a 1976 armed robbery, said Maria Miller, a spokesperson for the Wayne County Prosecutor's Office. Garrison was 16 at the time of the shooting.

The Department of Corrections "tried to parole him earlier this year, and he refused to leave prison," said Chris Gautz, a spokesperson for the department.

Garrison said he would rather wait until his maximum sentence had been served, so he wouldn't have to be under any supervision when he left, according to Gautz.

"He did not want to be on parole, he wanted to wait and just walk out completely free from supervision in September," Gautz said.

With the outbreak of coronavirus, the department again offered parole to Garrison "three weeks ago," Gautz said.

"We came back to him and told him we would still like to parole him given his age and our concern with him getting the virus."

"We did everything we could to get him out," Gautz said.

Garrison hadn't complained of being ill until just before he died, and no one knew he had Covid-19 when he died, according to Gautz.

"He had not had any symptoms he reported to us, and our nursing staff had been going cell to cell, checking with prisoners if they were ok, and he was fine," Gautz said.

The hospital tested Garrison after he died. No decision had been made by the prosecutor's office at the time of his death, Miller said.