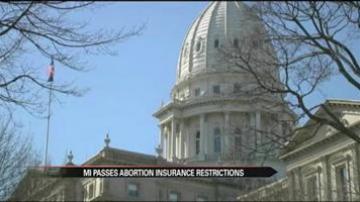 According to Michigan's constitution, the bill will become law in approximately 90 days, with or without Governor Rick Snyder's signature.

Last year, Governor Snyder vetoed a very similar bill, but then an anti-abortion group called "Right to Life" collected over 300,000 signatures in support of the bill, prompting its return to Michigan lawmakers.

The Republican majority in Michigan played a part in Wednesday's vote. The bill passed almost entirely along party lines, with all of the Republicans in both the House and Senate voting in support of the bill.

Some opponents are saying the bill forces women to buy what they're calling "rape insurance."