Michigan mother says her son was hit by bus attendant 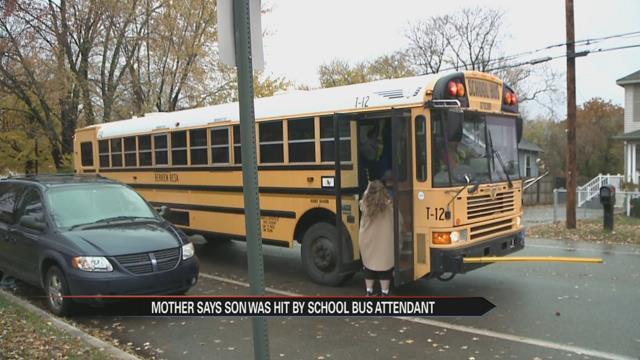 A Michigan mother is extremely upset after she says her special needs child was slapped across the face by his school bus attendant.

Berrien Springs Police are currently investigating this case, and say they’ll have more information next week.

The mother, Jennifer Mitchell, says her 9-year-old son Benjamin, told her he was slapped by a bus attendant on October 19.

He was on the way home from Blossomland Learning, which is a part of Berrien RESA schools.

Benjamin has down syndrome and rides the bus with other special needs children.

“First I was livid and mad because somebody else hitting your children is not okay. But not only that, the depression kind of sets in because a child with special needs isn’t like any other child,” Jennifer said.

The contracted bus company, First Student Busing, says the attendant has been fired and they are conducting a complete and thorough investigation.

They say the attendant does have a lawyer, and preliminary meetings and an investigation are taking place before charges are filed with the prosecutor.

As for the boy’s mother, she says she wants the attendant prosecuted to the full extent of the law, and wants to make sure this doesn’t happen to another child.

“We will be there every step of the way, because I want to make sure that she is not allowed to work with any special needs children at all, especially if she snaps under pressure.” Jennifer said.