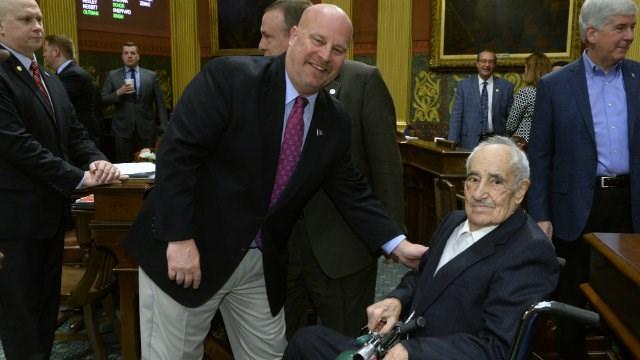 December 7, 2016 marks the 75th anniversary of the tragic Japanese attack on Pearl Harbor that killed over 2,000 people and introduced the U.S. into World War II.

One survivor, 95-year-old U.S. Army veteran, Don Bloomfield of Midland, Michigan was recognized on the floor at the Michigan House of Representatives with Representative Al Pscholka on Wednesday.

The House says, Bloomfield was a 20-year-old soldier stationed at Camp Malakole on the island of Oahu when the surprise attack began.

Bloomfield was awarded a special tribute by Midland Representative Gary Glenn and Governor Rick Snyder. He also received a standing ovation from lawmakers for his service.