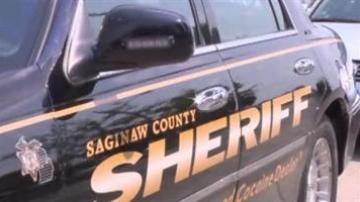 SAGINAW, Mich. — A Michigan sheriff is sending a message to drug dealers in his county. He's marked one of his police cars with a special slogan.

The word's "taken from an armed cocaine dealer" are painted on the side of his latest ride a Lincoln Town car.

The car was confiscated after an arrest.

"Okay, so we have a lot of violence in our city, in our county, especially here in Saginaw City and a lot of its fueled by the illegal drug trade, cocaine and heroin, prescription pills and other things out on the street," said Sheriff Bill Federspeil. "We want to send the message that we do not want that in our community."

This isn't the first time the sheriff has used a car obtained in a drug bust.

But he says no tax dollars are used in the process of converting the vehicle for police use.