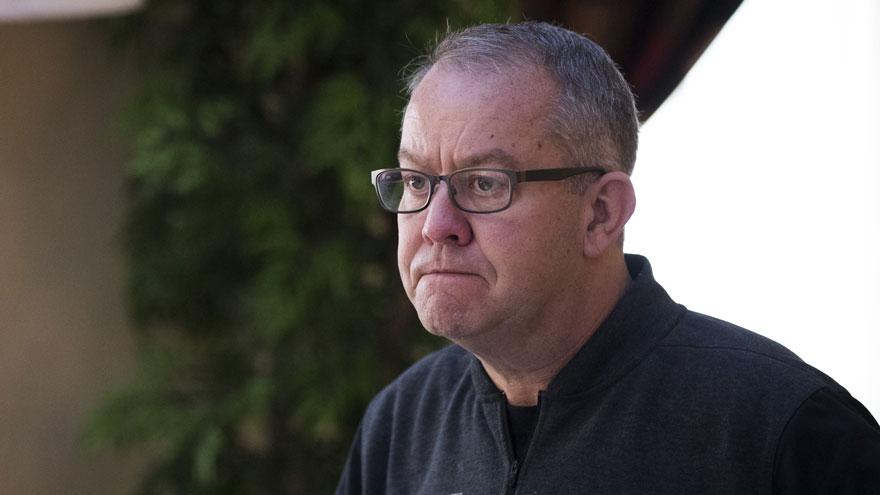 Hollis -- the second top MSU official to announce their departure this week -- said in an online statement he will "fully cooperate" with further investigations into Nassar's time on campus.

"This was not an easy decision for my family, and you should not jump to any conclusions based on our decision -- listen to facts," Hollis said. "I am not running away from anything, I am running toward something. Comfort, compassion and understanding for the survivors and our community; togetherness, time and love for my family."

Hollis' retirement comes two days after MSU President Lou Anna Simon said she was stepping down after criticism of the way the school has handled the Nassar allegations since the late 1990s.

More than 150 girls and women asserted during Nassar's sentencing hearing this month that Nassar -- also a former national gymnastics team doctor -- sexually abused them under the guise of medical care in his capacity as an MSU or USA Gymnastics physician over two decades.

Hollis: 'I will fully cooperate' with investigations

Though Nassar is in prison, a fallout continues, with Michigan's attorney general saying he will review what happened at Michigan State, and the NCAA saying it will look into whether the university violated any if its rules in the Nassar case.

Michigan State and USA Gymnastics are among the defendants in a number of civil lawsuits by more than 100 accusers, some of whom accuse the institutions of concealing or improperly dismissing allegations of abuse.

The Detroit News recently reported that misconduct allegations against Nassar reached at least 14 MSU representatives in the two decades before his arrest.

In his retirement statement, Hollis acknowledged the attention that the NCAA's and the attorney general's investigations were attracting.

"Let me be clear, that in retirement, I will fully cooperate with these and any other investigations," Hollis said.

Michigan State, USA Gymnastics, and the gymnastics group's parent organization, the US Olympic Committee, have denied wrongdoing. USA Gymnastics said it reported the sexual abuse allegations to authorities when it learned about them.

Michigan State maintains no official there believed Nassar committed sexual abuse until newspapers began reporting on the allegations in 2016. Any suggestion that the university engaged in a cover-up is "simply false," a school statement said last week.

Up to 175 years in prison for Nassar

A Michigan judge sentenced Nassar on Wednesday to 40 to 175 years in prison after he pleaded guilty to seven counts of criminal sexual conduct in Ingham County and admitted to using his trusted medical position to assault and molest girls under the guise of medical treatment.

He already had been sentenced to 60 years in prison for federal child pornography charges. He also has pleaded guilty to three charges of criminal sexual conduct in Eaton County, Michigan, for which he is due to be sentenced next week.

Nassar was a Michigan State sports physician from 1997 to 2016. USA Gymnastics counted Nassar as part of its medical staff or as national team doctor through several Olympic cycles.