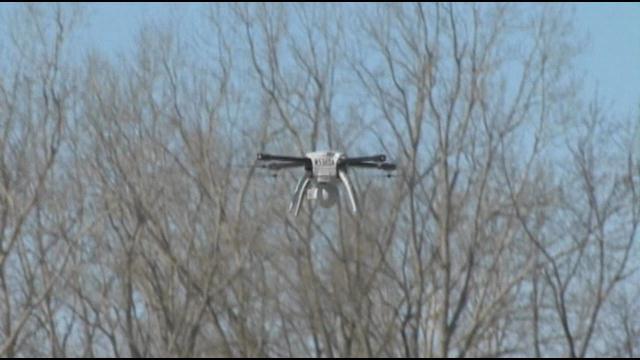 The Michigan State Police are using a drone to help them at crime scenes and traffic accidents.

The FAA has authorized the State Police to use the drone anywhere in Michigan.

The drone will be not allowed to fly higher than 400 feet and must stay in the sight of a two or three man crew.

The first mission for the drone was March 4 in the Grand Rapids area over a suspected arson case.

"We foresee more missions like that where we're recording evidence of crime scene or a traffic crash perhaps, search and rescue missions as well as natural disasters," said Lt. Patrick Lawrence of the Michigan State Police.

The State Police say the troopers who fly that drone must have at least a private pilots license.