Michigan teen hospitalized after being hit by train 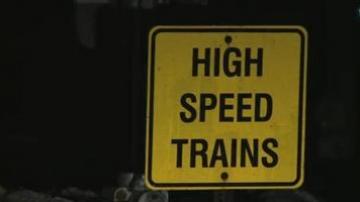 BUCHANAN, Mich. -- An 18-year old from Niles Township, Michigan is in critical condition at Memorial Hospital in South Bend after being hit by an Amtrak train Monday.

It happened shortly after 2 a.m. along the tracks near where Bakertown Road and Chamberlain Road meet, close to the US12 highway in Buchanan.

Michigan State Police officers from the Niles post responded to the accident.

Officers say the teen first crashed his car along Galien-Buchanan Road, leaving him stranded along the road.

He headed further into Buchanan in search of help.

State troopers say he walked along the railroad tracks because he thought it was a shortcut.

According to an Amtrak detective on the scene, it's illegal to walk along train tracks because it's considered federal property.

Shortly after the teen began walking on the tracks, the train came through and clipped him on the side.

Police say the teen was intoxicated when they found him.

Officers made the decision to take him to Memorial's ER over closer hospitals due to the severity of his injuries.

According to Michigan state troopers, the teen's suffering from a fractured arm as well as internal injuries.

The victim's family was alerted about the accident and spent time in the emergency room with him Monday morning.