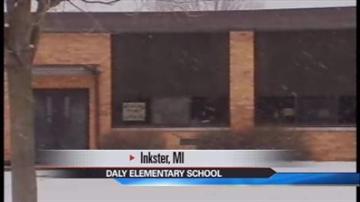 INKSTER, Mich. -- A loaded gun in an elementary school is a terrifying sight no one would ever hope to see again.

However, in Inkster, Michigan, police said a third grader brought the loaded gun to school and showed it to a classmate, who then told his mother.

Police also said the child told them he needed the gun for protection because he was being bullied.

Now parents of the school are on edge.

"Sometimes they think that is the way that you're supposed to solve a problem. So, that's something that needs to be discussed with him and his family, you know, hopefully get the young man some help," said Larry Deforest, a local parent.

Thankfully the gun was confiscated before anyone was hurt. The child was arrested, but later released to his parents.