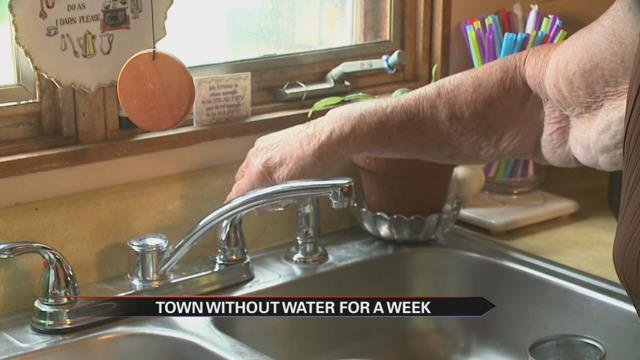 People living in a small Michigan town say they’ve been without fresh water for a week and they’ll still be dealing with this disruption for another few days.

White Pigeon’s water department says the problem could be solved as soon as next week.

But until then, local restaurants will continue to bear the brunt of this crisis.

Some smaller eateries are adding hours to the work days just boiling buckets of standby water for customers.

It’s been a tough week for servers at Country Table Restaurant.

They’re handling a crisis that’s shaking up the this small town.

“As soon as the water is safe to drink we can lift it," said Earl Baldwin of the White Pigeon Water Department.

It's a bacteria he says they’re working to flush out, while figuring out how it got in.

But resident’s aren’t too concerned.

“Don’t jump and get panicky," said resident Bob Wolgamood. "Take it easy, they're working on it. They’re gonna clean it up.”

Folks like Wolgamood say they know how to adjust.

“I would say boil your water,” he said.

And that's advice Country Table is using at a larger scale.

“Right now we’re boiling it by the coffee pots and then we pour it into a bucket and we use, I don't know, maybe about 20, 30 buckets a day maybe more,” said Batten.

Baldwin believes the boil advisory will be removed early next week.

He doesn’t think the recent storms we’ve had lately had a significant impact on water.