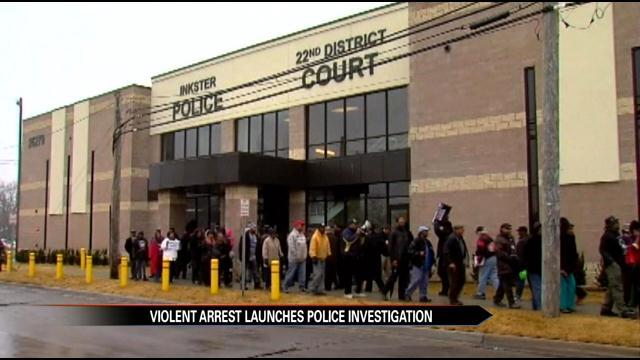 An Inkster, Michigan man says he was punched repeatedly after being dragged from his Cadillac in January following a traffic stop.

According to police reports, Floyd Dent was pulled over for failing to stop at a stop sign.

Now, police have launched an investigation following that violent arrest.

The report says police used a taser on Dent three times and put him in a choke hold.

They officers involved say they were watching a known drug area and followed his car.

They pulled him over when he failed to stop at the stop sign.

In an officer's report, he says he punched Dent because he thought Dent bit him.

"I had my left arm out, they were trying to handcuff me, but while this guy was beating me, I'm protecting my face with my right arm," said Dent. "And somebody came and kicked me in the ribs."

"It's really important to know, we're not hiding from this," said Inkster Police Chief Vicki Yost. "We launched an internal investigation without a complaint."

The officers say they found crack cocaine under the passenger seat, but Dent says it was planted by police.