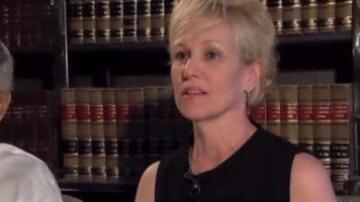 ANN ARBOR, Mich. -- A Michigan is suing an Ann Arbor hospital after receiving a clean bill of health.

Marrie Huddleston went to Ann Arbor hospital for chest pains. But the doctor said she was fine.

But five years later, she was diagnosed with tumor on her kidney. And now she is suing the doctor.

"I had the letter saying everything was fine and then five years later the devestation when she said that in the emergency room," Huddleston said. "I mean, she does need to be held accountable."

The woman wants to prove that her test results were not reported to her, resulting in an injury that caused her to lose an important organ.

She hopes to go to trial sometime next year.