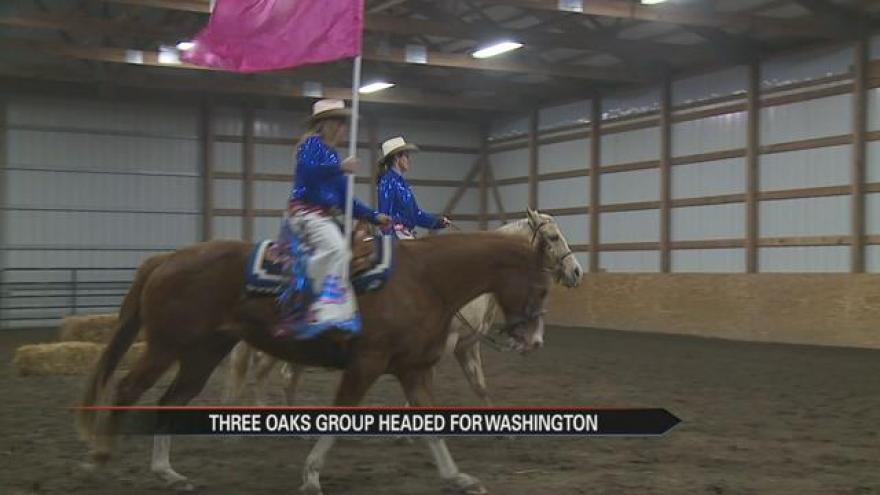 In 18 days President-Elect Donald Trump will be sworn in as the 45th President of the United States. A local group of ladies will be performing at the parade to welcome him into the White House.

The Mid America Cowgirls are ready to saddle up and hitch a ride from Three Oaks, Michigan to Washington D.C.

The drill team performs choreographed routines on horses and is led by Captain Debbie Dunphy.

“I cried I was so happy. It’s a really big deal for our community so we are really excited to represent Southwest Michigan and Northwest Indiana,” said Dunphy.

The team is made up of 18 women of all ages.

Ashley Fogarty and her sister Elaina have been on the team for around a year and a half.

“We’re actually going to be riding right past President Trump and have to acknowledge him and stuff like that so it’s cool, it’s a big deal,” said Fogarty.

They will load up and pack into five trucks and trailers, leaving for the inauguration on January 17th.

“This is a once in a lifetime opportunity, we don’t really quite have words for it. I think we are still all in a fog or dream like state,” said team member Kaitlynn Miller.

The trip will cost around $18,000 and the team is looking for donations. If you’d like to help out, click here.