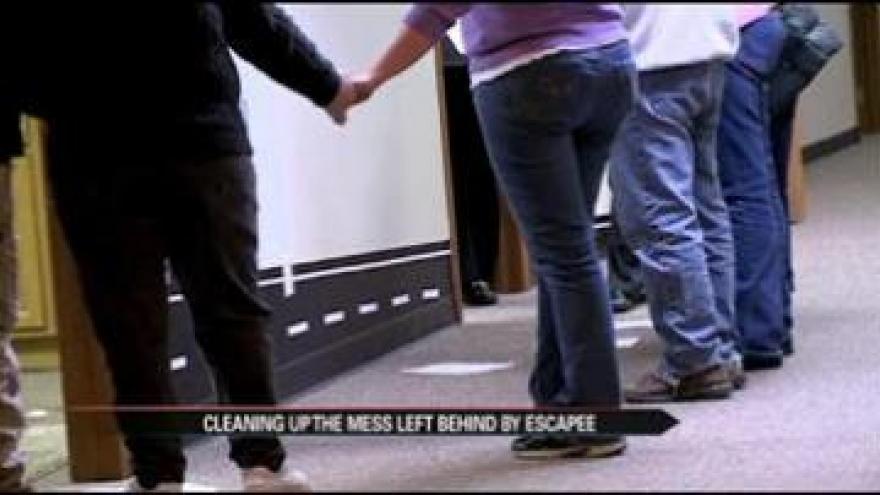 MIDDLEBURY, Ind. -- Escaped killer Michael Elliot appeared in court Tuesday, where he refused to be extradited back to Michigan.  New details reveal that while the town of Shipshewana was in lockdown, Elliot was in Middlebury breaking into the Crystal Valley Missionary Church and stealing a car from a nearby restaurant, according to police.


Pastor Mike Brouillette arrived to church around 7:30 a.m. Monday to clean up after a Super Bowl viewing party.


"So I'm walking through, and police assume that the man was sitting in the foyer on that couch, and I'm going back to the spot to clean up, and all of a sudden I take a pitstop. I went in the bathroom for about 10 minutes, and they think in that time he had enough time to navigate through and get his wet clothes that he might have had laying around," says Brouillette.


Only minutes before Pastor Brouillette arrived at the church, police believe Elliot broke in through a window.


Once Brouillette got out of the bathroom, he knew something wasn't right.  Furniture was out of place, heating ducts were pulled out of the ceiling, and broken glass was on the floor.


Police believe after Elliot abandoned the first stolen vehicle in Shipshewana, he made his way to Crystal Valley to dry his clothes and get some essentials.


"Everything he took was purely for survival reasons," says Brouillette.