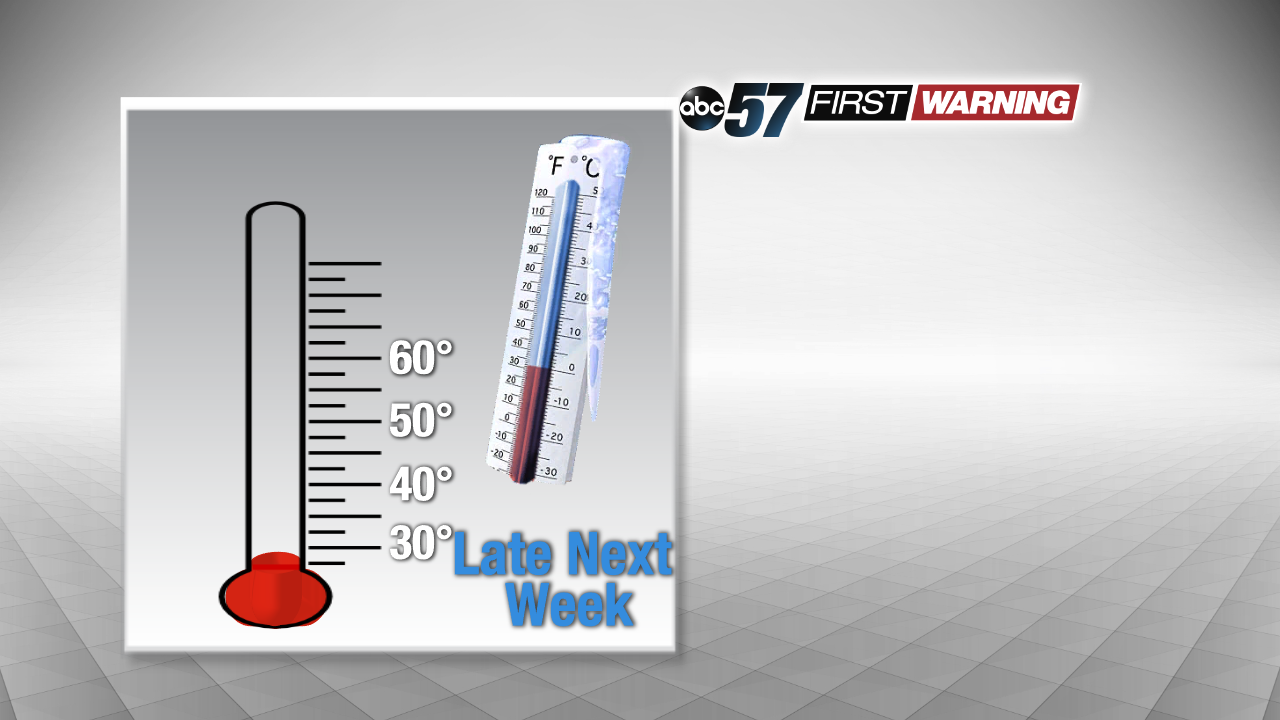 If you are enjoying the mild temperatures, you may not like the extended forecast for much of the eastern half of the United States. That's because a big-time pattern change is set to arrive and change the weather we've seen of late. 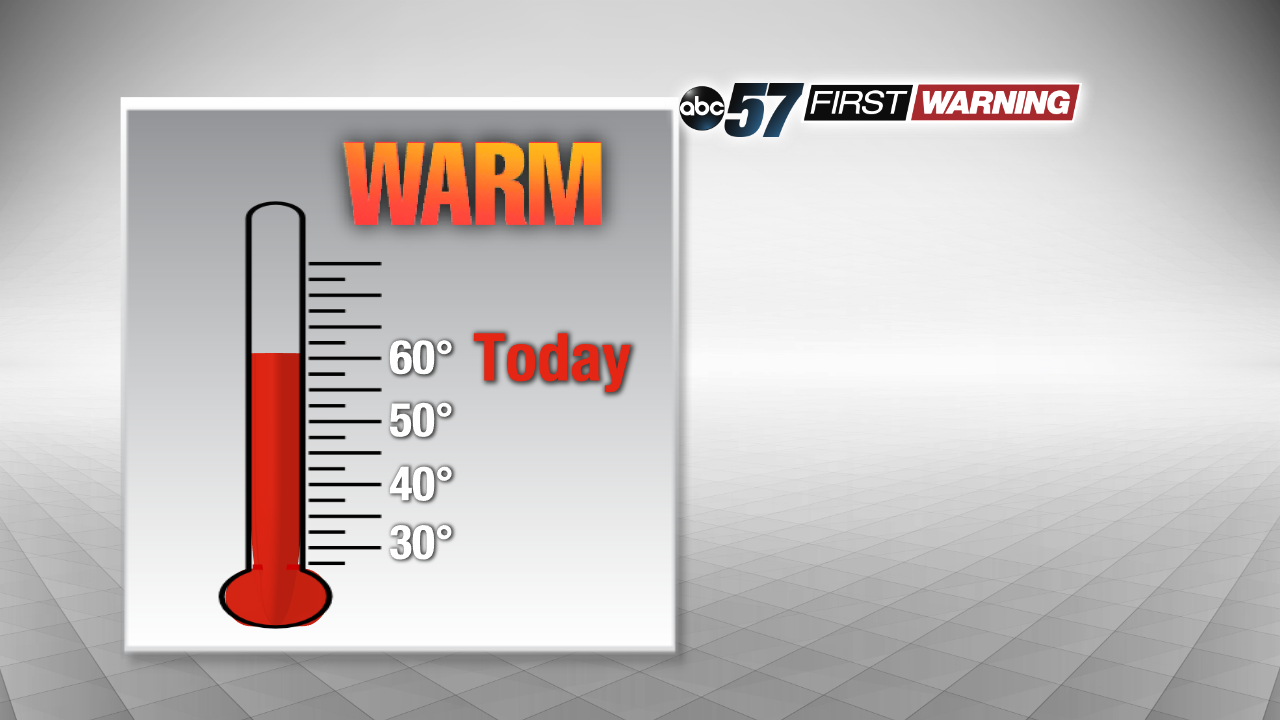 Michiana will go from the 60s Tuesday afternoon to the 30s by the second week of December! That will certainly feel a little on the cold side considering how much time we've spent above average recently. Now, you may be scratching your head wondering how meteorologists can be so certain of a forecast so far in advance. Well, with overall pattern shifts, meteorologists can be quite accurate. We won't spit out exact highs and lows during this cold stretch, but there are manyvariables pointing toward a cold pattern grasping those east of the Rocky Mountains. 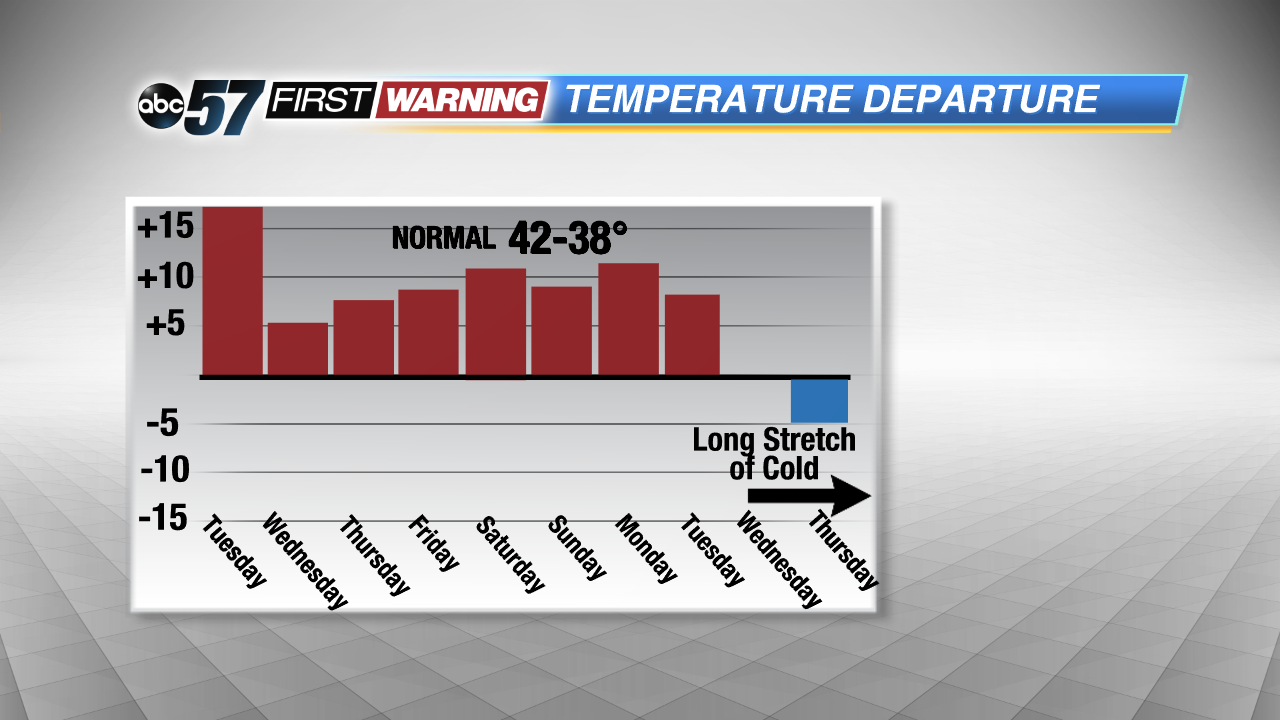 The other side of the equation is the consistency of the variables meteorologists look at. Are the forecast models changing their minds every day? Or, are they remaining pretty consistent from day-to-day? If models change their output each day, that usually means we should take it with a grain of salt. However, if a forecast model continues to show the same solution day-after-day, confidence levels can be increased. And that is the situation we are in with this pattern change for the month of December. Forecast models have continued to advertise colder temperatures. Therefore, the confidence level is very high at this juncture in December being cold.

Again, it would do no justice throwing out exact temperatures this far in advance, but the pattern that will move in suggests highs in the 20s and 30s, and lows in the 20s, perhaps teens. Will every day be the same? No. Is it possible to see more days in the 20s than 30s or vice versa? Certainly. What we know at this point is that colder air will overspread the eastern half of the United States on or around December 8th. Get those winter coats ready!