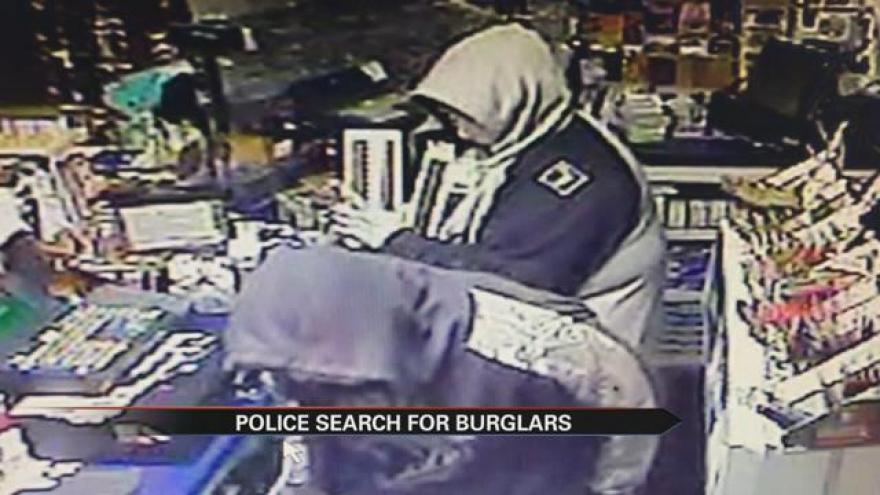 Two guys breaking into an Elkhart County gas station, one of them barely was wearing a shirt. Police say they think these two targeted the same gas station two times in two weeks.

These individuals had stolen money,including some intended for children living in poverty, according to the gas station representative, David Peters.

Peters says this gas station was supporting a local organization, called Forgotten Children and all the cash that was raised, is now gone.

“These two individuals even decided to steal the canister that contained the money that we were saving for that cause, so it’s even more ridiculous,” said Peters.

Peters tells ABC57,this type of crime, happening in this type of town, surprised him. “Millersburg is a small town, a small tight-knit community. It’s a town where this kind of thing doesn’t happen very often.”

Town Marshall Alan Mackowiak agrees. “We don’t have a lot of different incidents of mischief of theft, other than your day to day things.”

Mackowiak says this type of crime, definitely, has the potential of affecting the people living nearby.

“It is nerve wrecking for the some of the residents in town who aren’t used to this activity,” added Mackowiak.

In the early hours of January 3rd and January 17th, police believe these same men barreled through this front door.

“Broke the door, a new door that we just installed and stole several thousand dollars in merchandise,” said Peters. “It’s very frustrating when this kind of thing happens.”

“They took beer, cigarettes and a number of other things with some cash…” said Mackowiak.

Mackowiak confirmed the surveillance videos were received 48 hours ago and it’s the strongest piece of evidence they have.

“Eventually we do catch up with the bad guys but we have to prioritize the cases as they come in. This is a pretty important case,” said Mackowiak.

The videos have been shared with the Elkhart County Sheriff’s Department and Crime Stoppers in hopes that you can help solve this crime.