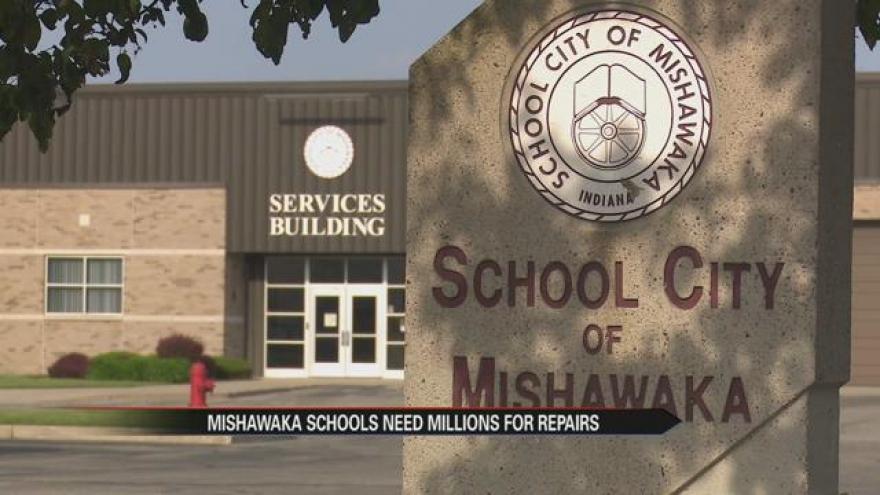 Millions of dollars in work is needed for School City of Mishawaka's buildings, and the district is asking for your help footing the bill.

Tuesday, the school board heard a presentation on the state of the district’s buildings, and now they’re hoping taxpayers would vote yes in November for a measure that would fund necessary repairs.

A 21-member study committee is asking for about $11 million in repairs, about 14 million after inflation, which would cover fixes to all 10 buildings in the district.

And that’s just the surface of the need, but the board believes it’s a necessary start.

Members made a strong plea for community help with funding the district's future.

While outside the facilities look sound, a committee found several red flags that could use attention soon.

“Things like roof systems, window systems, wall systems and even pavement,” said Tom Neff, a member of the study committee and representative from Schmidt Associates.

Those are just the the tip of the issues that would cost this district millions.

And if financed over 15 years, the corporation would have to face a hefty $14 million price tag.

“There were substantial improvements that needed to be repaired and we’ll only be able to do 20 percent of that list because of the tax caps and circuit breaker and some of the things that we’re facing,” said Superintendent Dean Speicher.

So the board is looking to put a referendum on the November ballot, encouraging this community to help cover the costs.

“that would cost them in the neighborhood of 75 dollars a year if they have a 100 thousand dollar home,” Speicher.

A measure the district believes is necessary for upgrades needed a decade ago.

“I make the analogy to a home, could you let your home go for 10 years and do nothing? Things need to be upgraded and changed,” said Neff.