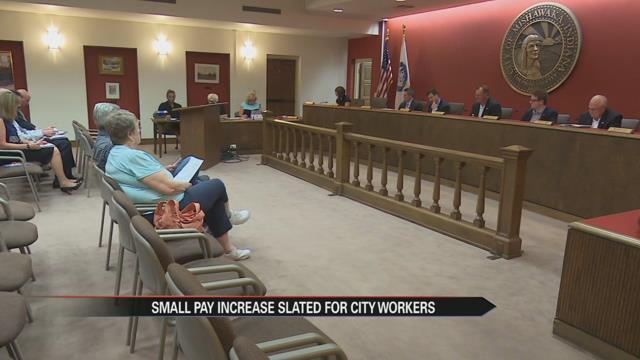 The city of Mishawaka wants to cut costs without cutting jobs.

Mishawaka officials are now looking to supplement future loss due to the statewide circuit breaker by modestly spending on city employees.

Monday, the mayor sought a one percent increase in pay for most city workers.

That raise was approved by the common council.

“Every year we’re proposing modest raises we wish they can be more, but we have to live within our budget just as every family does,” said Mayor Wood.

Since 2011, the city saw slowed or even stagnant full time city worker growth in order to keep expenses low.

“We have seen a reduction in staff but again we try not to have an impact on critical services,” said Wood.

The city is reducing staff and reshuffling duties.

“We’re doing that by eliminating positions we have combined some duties and thus consolidated some positions,” said Geoff Spiess, Mishawaka’s Director of Human Services.

The city maintained around 500 fulltime staffers  since the state’s tax cap was implemented in 2010.

But the city is running leaner.

“Just different efficiency and combining jobs where we can,” said Spiess.

And with a leaner budget comes a bigger challenge.

“We’re using technology to help us do our jobs more efficiently, with less people, with less equipment but still not compromising the great service our citizens have come to expect,” said Mayor Wood.