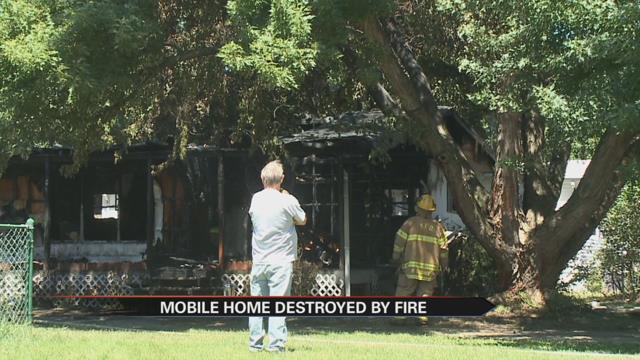 Neighbors say it felt nearly like an hour before crews were able to control the flames.

Although no one was injured, it was still a terrifying sight for many here.

“I saw smoke and my neighbor come running over to me to tell me,” said neighbor Greg Spice.

No one was inside when flames took over a home on the 1900 block of Haven Street.

“Our investigators are searching for that family right now and we believe that they're on their way back,” said Captain Brian Linson of Mishawaka Fire.

Spice checked on his neighbors in the line of danger.

“Because they’re older people, so we made sure they were alright," said Spice.

“The whole other side of the fence was nothing but fire,” said Dougherty.

Her bedroom faced the fierce flames as they began creeping into her yard.

“And then all of a sudden this tree started catching on fire and that’s when all bets were off,” she said.

But she says she was able to breathe a bit easier knowing her neighbors were there to help.

“A lot of relief and I'm just glad that we had neighbors that kind of took control and helped us out,” she said.

Officials are still investigating the cause of this fire.