Mishawaka landmark will be torn down to widen road 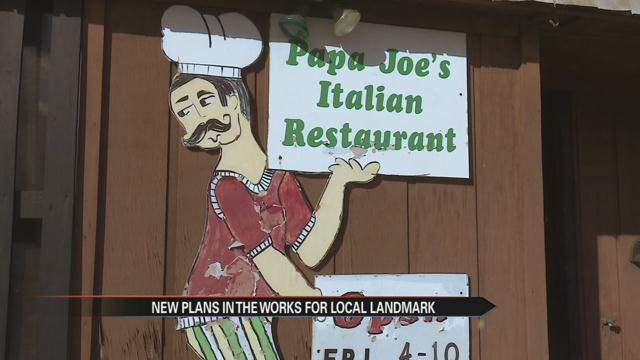 Papa Joe's was a community landmark for the people of Mishawaka, and Monday night, the redevelopment commission voted that they will purchase the property to widen the road.

In August, ABC57 told the story of Gina Nove, the owner of Papa Joe's and the devastation an overnight fire caused to the restaurant on Union Street.  Now, just months later, Nove has agreed to sell the property, including her adjacent home, and move on.

"It was my mother's restaurant," she says.  "She spent thirty to forty years putting that restaurant together will all of the things that made it special."

The cause of the fire is still unknown.  But she doesn't want to rebuild or reopen. And that's fine by the city of Mishawaka.

Their plan to widen the stretch of road to five lanes, has been on the books for years. And after learning about the fire, they took action.

City Planner Ken Prince says, this is what's best for the city.

"It just makes financial sense for the city to acquire it now, before someone would come, reinvest in it," says Prince. "And then we would have to buy it at a later point in time."

Prince used to frequent at Papa Joe's, and says he has mixed feelings about potentially tearing it down.

"It's that piece of culture that can't be replaced," he says.

"The city, they have to do what's best for the city," she says.

The agreed upon-price for purchase between the city and Nove is $175,000.  But that could change, depending upon what independent appraisals estimate the land to be worth.

But Nove says, the sale of their home and her mother's legacy, is just a part of the healing process.

"Thank God time heals all wounds," she says. "I just try to, you know, keep my head up, and move forward, and go with God's plan."