Mishawaka man charged with sexual misconduct with a minor 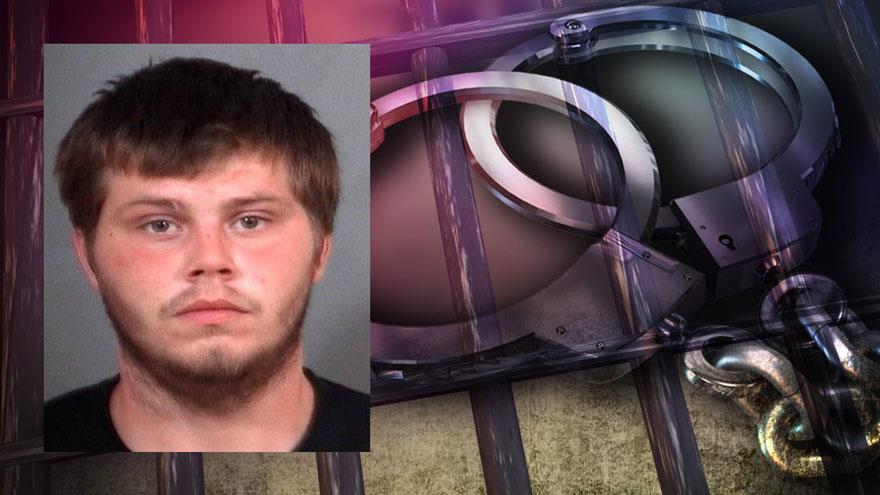 ST. JOSEPH COUNTY, Ind. -- A 20-year-old Mishawaka man was arrested on charges of sexual misconduct with a minor on Monday for allegedly having sex with a girl who was 14 or 15 years old, according to court records.

Mishawaka Police were called to a home on 16th Street in Mishawaka on Monday for reports a man put his hands on a female and had a gun, according to reports.

When police arrived, the brother of the victim told police he went to Brandon Scott Chipps' house to pick up his sister.

When he arrived, Chipps, who was standing at the front door, pulled up his shirt and revealed a gun in his waistband, reports said.

Police contacted Chipps and asked him to exit the home. After an hour, Chipps came out, police said.

Police spoke with Chipps and the victim separately.

The victim told police she had been dating Chipps for about a month and they had a sexual relationship for the past three weeks, reports said.

She told police her mom dropped her off to Chipps' house Friday and she stayed all weekend, reports said.

On Monday, she left Chipps' house to take a walk with her brother. When she returned from the walk Chipps was angry at her and would not allow her to leave. She texted her brother and when he arrived, Chipps let her leave, reports said.

Chipps admitted to police he had sex with the girl and that he blocked her from leaving, reports said.

Chipps was arrested Monday and was charged on Wednesday with one count of criminal confinement and three counts of sexual misconduct with a minor.