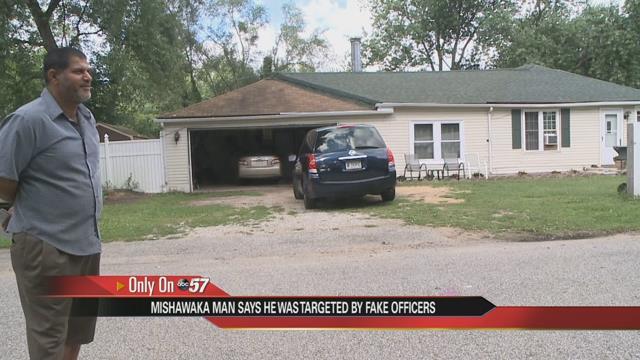 It started when Yassin Alshawi of Mishawaka received a call in regards to a Cragislist ad he posted five days ago.

Alshawi was hoping the caller would buy his Toyota he had been trying to sell.

Moments later, when two men showed up in a white pickup truck, things got strange.

He says one of the men took the car for a 10 minute test drive while the other waited at the house.

When the first man came back from the drive, his story changed.

Alshawi says the men told him they were FBI agents that had to take the car because the mileage odometer had been tempered with.

It’s a move even law enforcement says is bizarre.

“It’s the first time I’ve heard anybody use FBI and rolled back odometer or improper odometer reading as some sort of grounds. That’s a little bit of a stretch,” Assistant Chief Bill Thompson of St. Joseph County Police said.

It was a stretch Alshawi wasn’t going to fall for.

After showing the two men paperwork to prove the mileage hadn’t been changed, he told them he was going to call police.

“After I told him about the sheriff, he changed his mind,” Alshawi said.

The men said they had to go to an office and left as Alshawi dialed  the real law enforcement.

Minutes later they called back to say they had been mistaken and it was the wrong car.

Thompson has no doubt these men were faking it the whole time.

Alshawi says at one point they even pulled out a false badge.

“As a general rule, people in law enforcement really really don’t like people who impersonate it,” Thompson said.

As for Alshawi, he’s still trying to sell his car, but with a little added caution.

“I’m not giving you the car. I don’t care if you’re FBI or not,” Alshawi said.

Police recommend writing down or taking a photo of cars that arrive during a Craigslist exchange.